(A thankfully easy birthday to remember.)

Here is a discussion guide for this book.

Here are some (of the MANY) fun blog posts and resources that tie to this book. Research I did, chattering and amusement on the subject of starting my publishing journey and more. 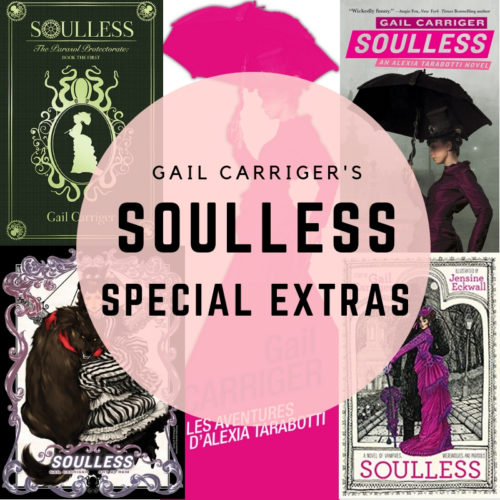 Soulless was a New York Times and Locus bestseller; Publishers Weekly Best Book (2009); made IndieBound November 2009 Notables, Audible.com Best of 2010, and Locus Recommended Reading First Novel lists; was an Audible.com Top 20 Sleeper Hit; was nominated for the John W. Campbell (2010) and Compton Crook (2010) awards; was a finalist for the Locus Award for Best First Novel (2010) and PEARL Award in the New Author Category (2009), and won an Alex Award from the American Library Association.

The Beginning from the Author’s Side

Soulless, The Beginning Author Notes That Started Everything 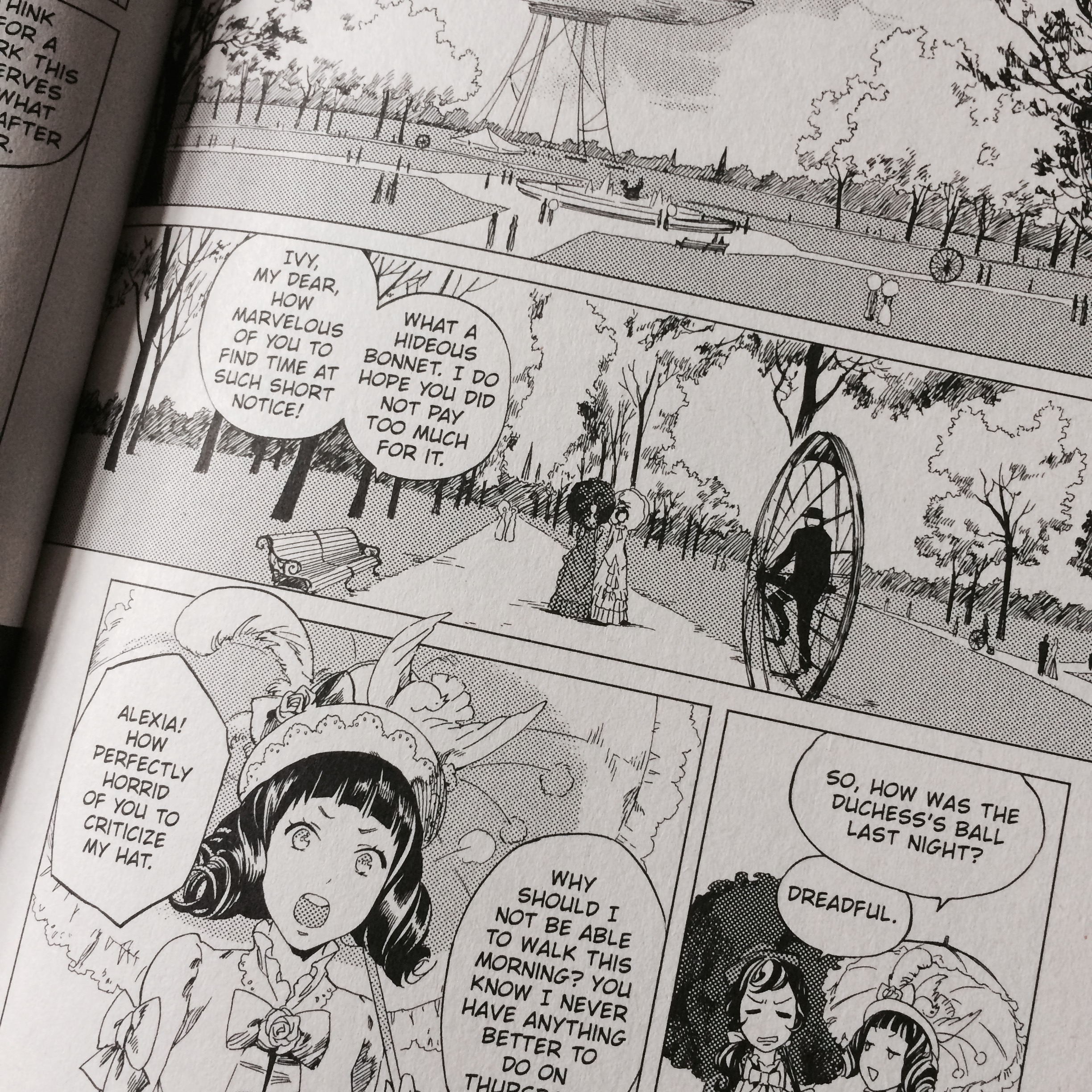 The First Book Description I Ever Wrote (for Soulless) I’m going to briefly add how important I feel Ivy is as a character. To show unwavering loyalty and female friendship. To understand Alexia without making a big deal about it. To add lightness, drama, and joy to any given situation.

We should all be so lucky as to have an Ivy in our lives. 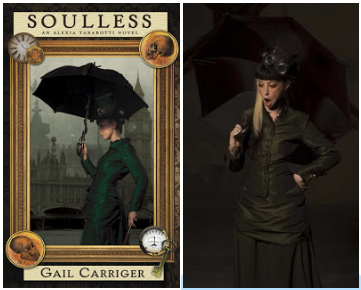 Here’s a look at one of the covers for Soulless that never actually happened. It has a much more YA style and appeal. 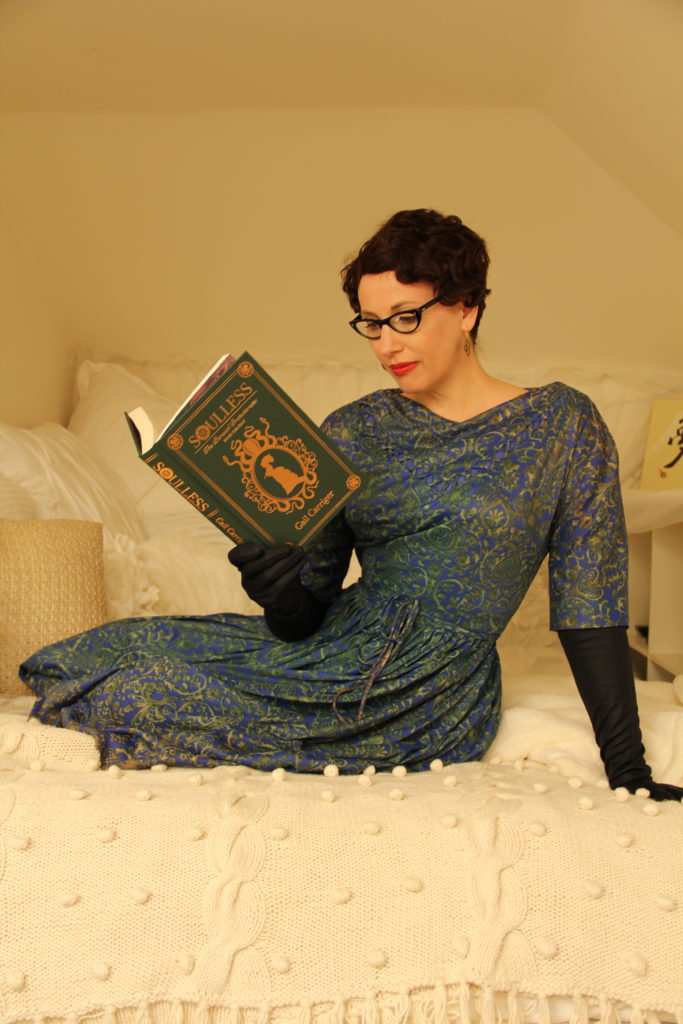 The Soulless limited edition case wrapped hardcover from Subterranean was voted the fan favorite over all cover as of 2016 (prior to the illustrated edition and all the novellas).

I Am, Indeed says of the Soulless audiobook:

“Narration for this story is provided by Emily Gray, and her performance managed to grab all of the underlying (and oft described) personality traits for each character with ease. From the slight affectations of Alexia to Macon’s hint of a burr, the voices fit the characters in ways unexpected without overplaying any single moment for emotional impact or overstating a point.”

Here are some of my first sketches… 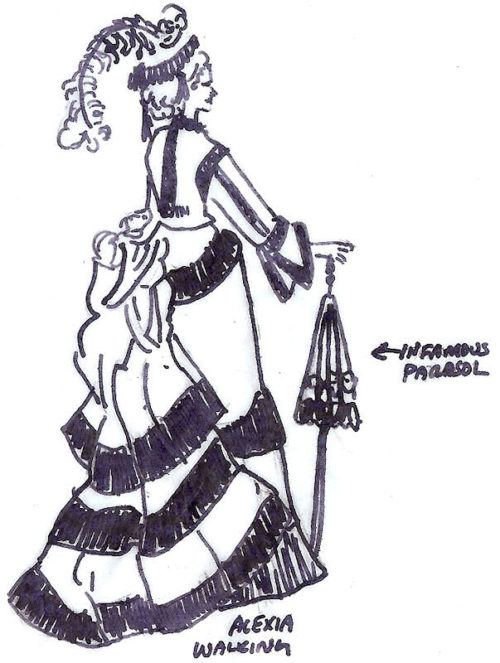 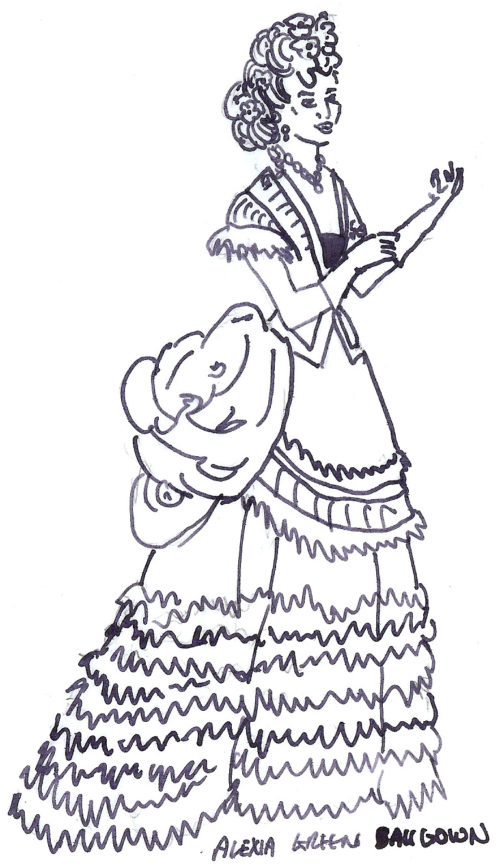 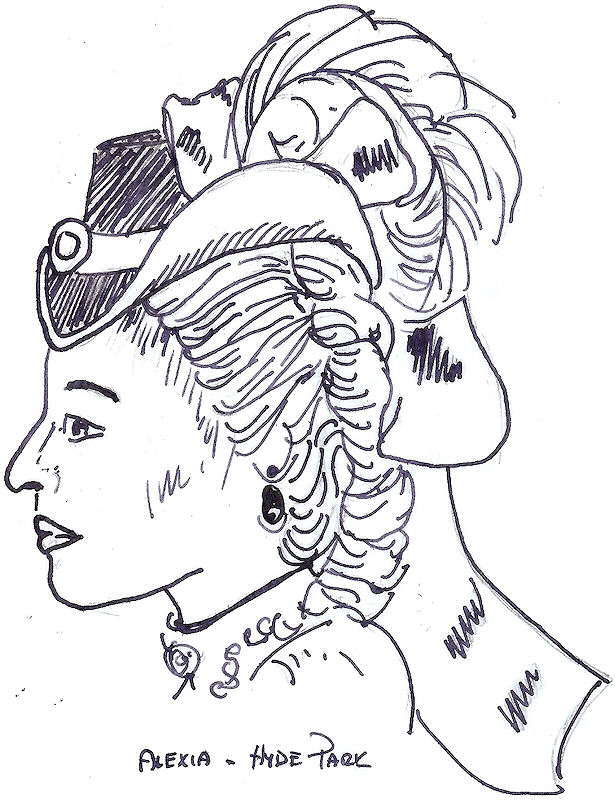 Dressing Alexia from the Foundation Up

I also sketched a few of the other characters, like Ivy in one of her silly silly hats… 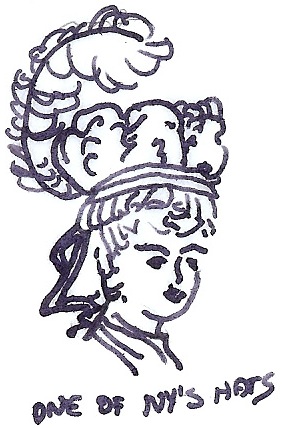 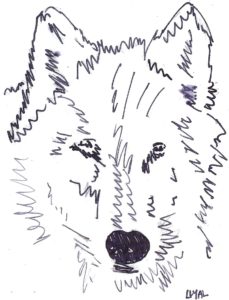 And finally here is what it looks like when I am working out a fight scene. This is the one at the end in the Hypocras club. 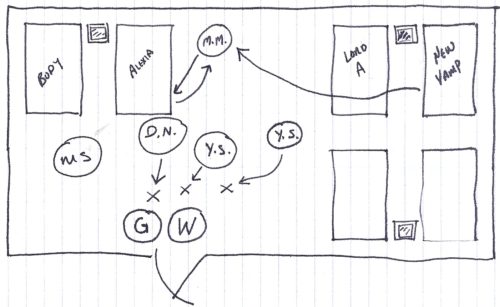 That’s all for now, Gentle Reader!

The 5th Gender (a Tinkered Stars sci-fi as G. L. Carriger). COVER ART TO BE SEEN SOON BY THE CHIRRUP. 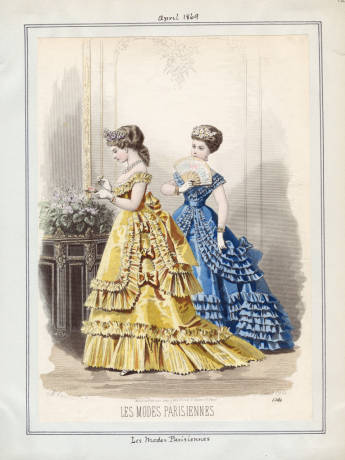 Seven Proven Strategies for Editing and Proofreading Your Own Writing
Note: One of my tips is to change the font to opposite serif for the revision.

“Lovers of many different genres will enjoy these, and I encourage even those who don’t normally venture into sci-fi or fantasy to read them.  You can tell that Carriger is having a great time writing them, and it makes for an equally great time reading them.”

“We have really everything in common with America nowadays except, of course, language.”