My darling Gentle Reader, here are some bits of fashion I included in the new Delightfully Deadly book, Defy or Defend. 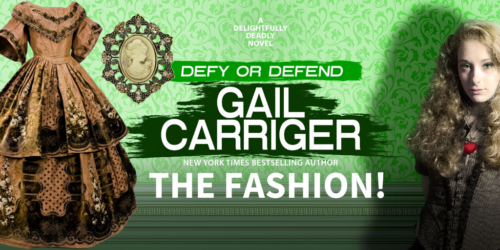 I’m posting them ahead of time so you can look out for them and because I don’t consider fashion a spoiler, not even in a makeover story.

First, this meme went around a long time ago, and I saved it at the time because it so perfectly portrays several scenes in this book. A certain vampire gets hold of Dimity’s nightgown at one point and…. well you’ll have to read it to find out what happens next. 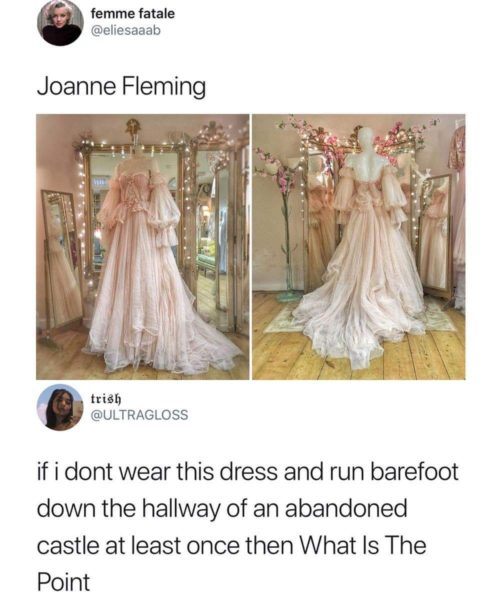 I promise, I wrote the scene before I saw the meme!

Here are some of the fashion plates I used to reference various dresses in this book. 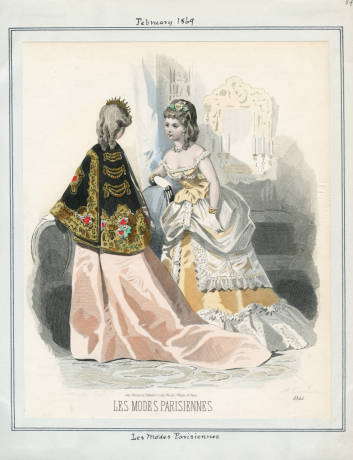 I love that cape but it’s actually too elaborate for Dimity under the context of this particular operation, the yellow and white ball gown, however… 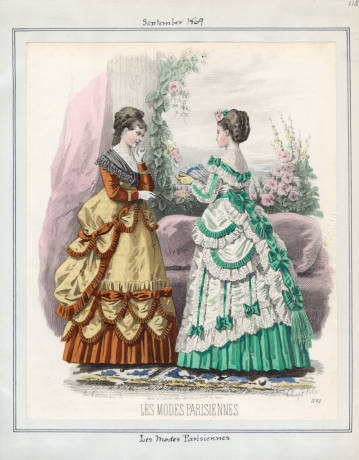 I don’t know why I think of Dimity in yellow, but I do. I love this yellow and brown dress. I think it’s such an interesting color combination that screams 1970s in the modern age, but it was fun to put Dimity into it. 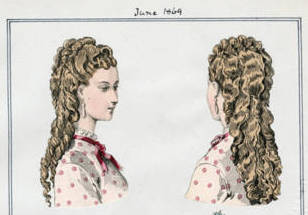 Dimity’s hair is the subject of much discussion in the book. Here is an example of how it might be arranged in this story.

Dimity is depicted helping new character, Justice, with a personal makeover. So the two of them appear in a number of scenes together. 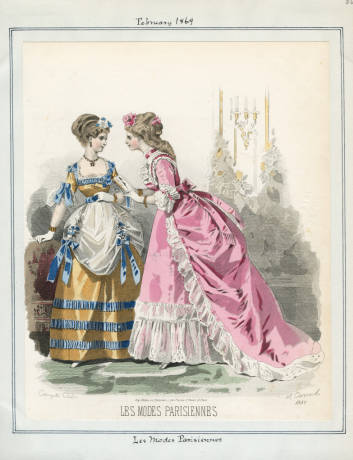 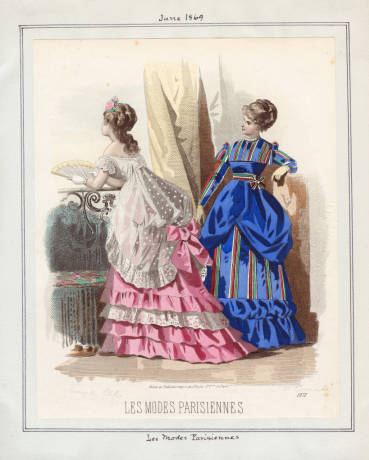 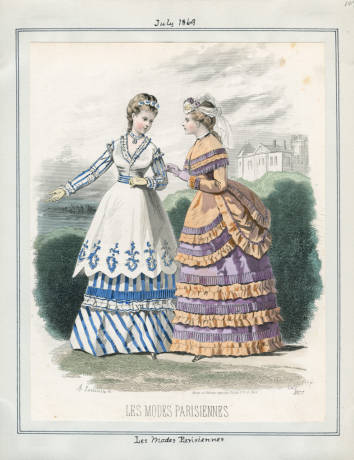 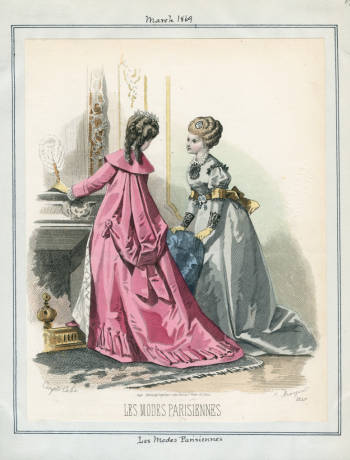 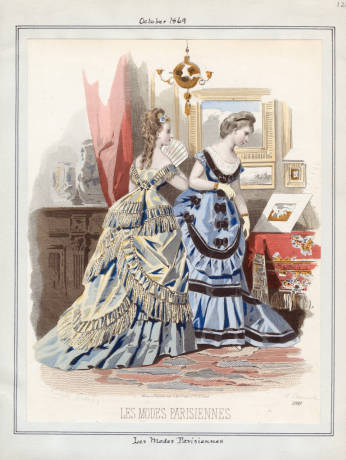 Find more fashion from this time period (the 1860s) on my Pinterest board.

I hope you’ll have fun looking out for some of these dresses. Although, be warned, I tend to change colors or trims or fabrics, to make it more key to the character’s personality. In any case, you get an idea for the fashion in this book, and the fashion is VERY important!

Yours (always deciding between fringe and brocade, but fringe AND brocade???), 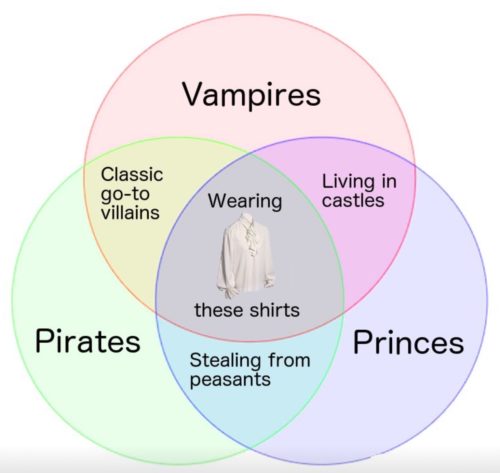 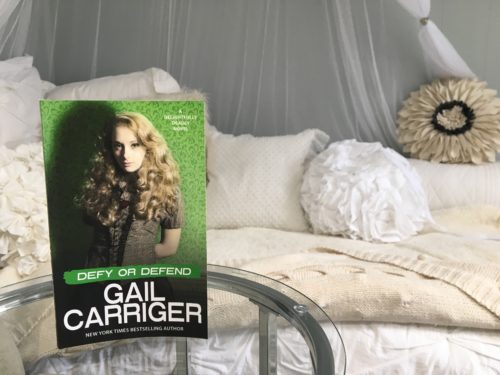 The latest Functional Nerds Podcast is BRILLIANT. It’s some of the best writing/artist advice I’ve heard in a REALLY long time. It will make you feel better, promise. Beginning of your career, middle, or end. 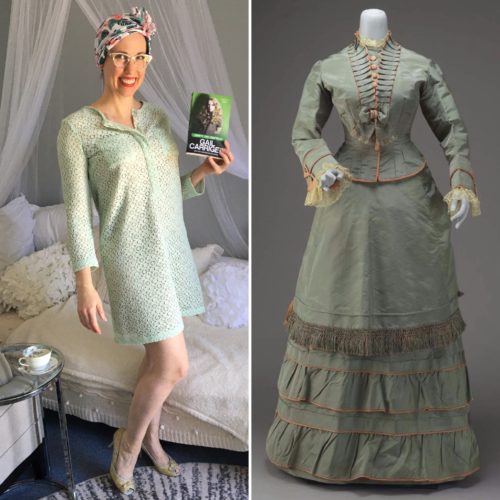 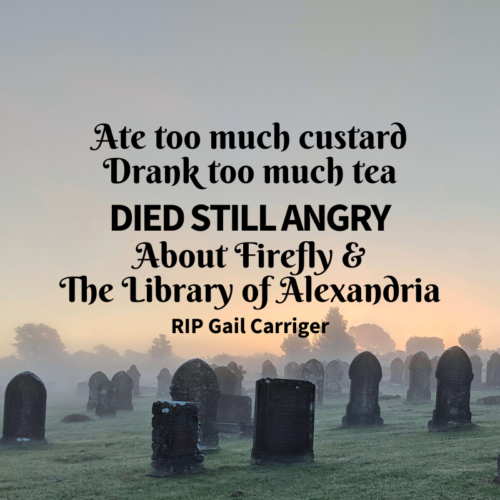