So there is this thing about using trademarked names when you are writing fiction, Gentle Reader. Names like Facebook, or Coke, or (heaven forfend) Disney. (Frankly I’m slightly scared even to type that name into a blog post.) 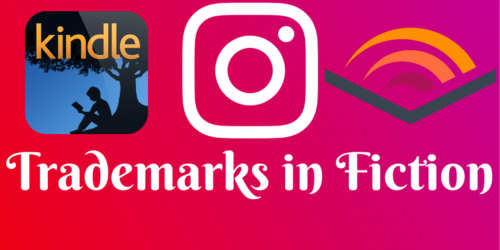 I don’t know if this actually legally absolves them from any issues, but that’s what many authors  do about trademark.

The thing is, it’s hard to write fiction set in the modern world without naming any trademarks. So when I started writing the San Andreas Shifter series I looked into this and tried to decide what I was going to do about it.

I’ve been working hard over the years on my own psyche, to see a problem in the fiction writing business world as an opportunity to innovate, either with my business (see Chirrup early option to buy audio direct) or in my creative writing. 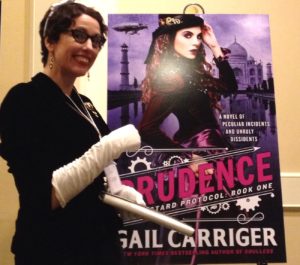 I’ve done this with my books for years. For example, my publisher put Prudence on the cover of her first book in way too much makeup with her hair down. So my first thought was:

What are they doing? She looks like a light-skirt.

But my next thought was:

Well I guess I have to write in a scene where Rue dresses as a light-skirt.

And I gave her love interest, Quesnel, a sexy clothing fetish as a bonus.

So what to do about Trademark names?

I remembered that I write comedy, which meant this was an opportunity to put my own twist on trademarks using parody and fair use, which would add a new funny element to my alternate San Francisco Bay Area.

I might have had a little too much fun imaging the names of various trademarks with a shifter twist. In The Enforcer Enigma I had to go all out, because one of the driving characters is a country music super star who is all over social media. And dealing with celebrity means dealing with brands.

So here are some of the ones I came up with, just a small sample. See if you can guess what they really mean… 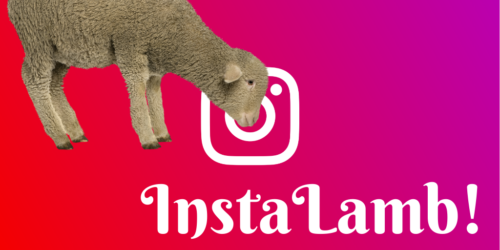 There are more in the book, of course, but you’ll have to read it to see if you can catch them all.

The fun thing was taking the brand and putting an “in world” twist onto it. Since these books feature shifters heavily, there’s lots of inside jokes. Instalamb is, for example, alluding to a different werewolf character in a different series who was obsessed with sheep. I have to say I’m a big fan of WooTube.

Anywhoo (or should I say anyhowl?), I guess all I am saying is it’s fun to take what might be a problem, like coping with trademarks, and turn it into a small moment of levity. In my case this often also becomes a plot point, but either way a good time is had by all, and what could have been a bug becomes a feature.

P.S. This is not intended as legal advice, do your own due diligence. Yadda yadda.

Friendship Between A Grey Wolf and a Brown Bear

“After all, it’s the librarian’s sworn purpose to bring books together with their one true reader.”