The Parasol Protectorate Series has been OPTIONED for Animation!

Hello Gentle Reader, this announcement officially hit the airways March 9, 2021. Nevertheless in case you missed it elsewhere, it is my very great pleasure to confirm that the Parasol Protectorate series has been optioned for animation by Frederator Studios (the people behind Castlevania and Adventure Time). The official press release is here.

This post dated March 10, 2021. If you want to follow along with what happens and insider info on the back end, I only keep my newsletter updated with this information. It’s once a month and very entertaining, I promise.

Essentially, this is what is says (I edited it a bit and added oxford commas because you can’t take the writer out of an author):

“As a massive fan of animation, I’m so excited and honored to have this series in their talented hands,” Carriger said. “I can’t wait to collaborate and see them work their story magic on Alexia and all her friends. I think it’s going to be ridiculously fun.”

With over a million copies in print, the Parasol Protectorate series (which includes the books Soulless, Changeless, Blameless, Heartless, and Timeless) has been translated into more than a dozen different languages and turned into graphic novels. It’s a New York Times, USA Today bestseller, with Kirkus praising the books by calling them “witty, engaging and fun.”

“The Parasol Protectorate is a wickedly fun, addictive, and refreshing paranormal adventure and will be an incredibly exciting and wonderful addition to the animation space,” says Frederator CEO, Michael Hirsh. The series will be executive produced by Gail Carriger, Michael Hirsh, and Kevin Kolde.

Set in an anachronistic Victorian London, the Parasol Protectorate series follows the exploits of Alexia Tarabotti, who finds herself caught in a mystery concerning London’s paranormal high society alongside the gorgeous Scottish werewolf, Lord Maccon.

WOW! is a leading animation-focused entertainment company that produces top-end content and builds brands and audiences on engaging media platforms. The company produces animation in its two established studios: Mainframe Studios in Vancouver and Frederator Studios in Los Angeles. The Company’s media offerings include Channel Frederator Network on YouTube, as well as WOW! branded programming on Crave, Canada’s premier streaming entertainment platform, owned by Bell Media. The Voting Shares are listed on the TSXV (TSXV: WOW) and the OTCQX Best Market (OTCQX: WOWMF).

Carriger has over a dozen NYT bestsellers and starred reviews in Publishers Weekly, Booklist, Kirkus, and Romantic Times. Her debut, Soulless, made Audible’s Best list, was a Publishers Weekly Best Book, an IndieBound Notable, and a Locus Recommended Read. She has received the ALA’s Alex Award, the Prix Julia Verlanger, the Elbakin Award, Steampunk Chronicle’s Reader’s Choice Award, and a Starburner Award. She is best known for the Parasol Protectorate and Finishing School series.

Okay but what does that mean?

I’m going to talk about the nitty gritty and take any question you have on my April 2021 Live. But here’s me trying to anticipate and answer some of your questions…

I have a producer credit but I am pretty hands off about this kind of thing (see my manga adaptations). Frederator knows what they’re doing. I will probably have chats with them about things like animation style and voice talent but I don’t intend to stick my orr in unless invited (I know, how vampiric of me). I believe the best adaptations are just that, adaptations, and when a book evolves into a new form of media it is strengthened by artistic visions (e.g. Ghibli’s version of Howl’s Moving Castle). You want my take on this story and these characters… you can always READ that take. You want to watch my stuff? It should be under the guidance of someone whose expertise is in watchability. 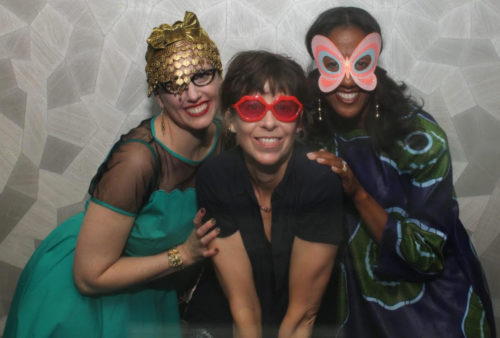 Frederator is the actual animation production company who will do things like putting together an artist team and hiring voice actors etc… They are based in LA.

WOW! is the parent company, they are mostly based out of Canada.

Kristin Nelson is my literary agent and she helped broker the deal. Kristin has been my agent since 2008 (!) and I could not survive the publishing world, let alone Hollywood, without her.

Wayne Alexander is my IP lawyer. He reads over all the fine print and is obsessed with details exactly as he should be. Also, as a steampunk author, I get a ton of (non malicious) IP infringement (see my discussion on fan-make etc) and Wayne is always there to help. On occasion he also helped when Amazon accused me of copyright infringement on… myself. But that’s another story. My last film option lapsed several years ago, and there was a dearth of interest during which time I moved film agents. Then, rather unexpectedly for me (Hollywood works in mysterious ways), we started to get pings again.

Frederator approached us but then merged with WOW! in the middle of negotiations. Fortunately WOW! was still intersted. There were two other companies actively trying to option at the time: a VC firm and a writing team. Generally, in Hollywood, people will chat with a film agent first and she will gage interest level. They always want to talk to the author, but I tend to like to wait until later on in the process.

I had my first conversation with Frederator on January 28, 2020. It was frustratingly hilarious for all concerned, as I was traveling with a seriously crappy phone connection and the call kept dropping on us. But they seemed genuinely cool and to grok the spirit of the books in a way I hadn’t encountered before. I’ve always liked the idea of animation, since my world is so visually complex (with historic, steampunk, and monstrous elements) it would be very expensive to produce live action. Animation seems like a much more pleasant way to do it justice.

It took a year for us to iron out all the details and now… here we are!

An option does not a movie make.

If it were live action who would I cast?

So I hope you’re as excited as I am, and I hope you will celebrate with me. Perhaps a nice hot cuppa and a biscuit or two? My first thought was, “Oh look, the Council of El-Frond.” And that, my dears, is the kind of crap that gets a girl a film deal. 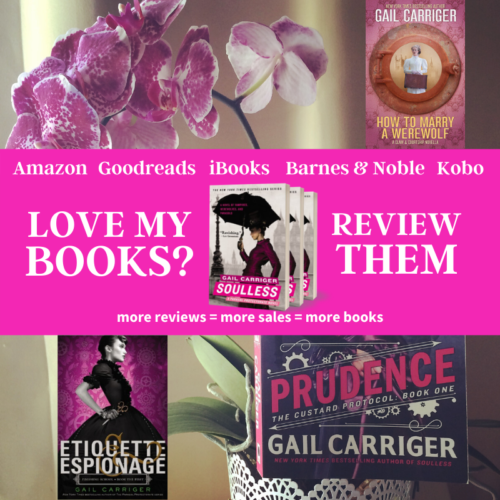 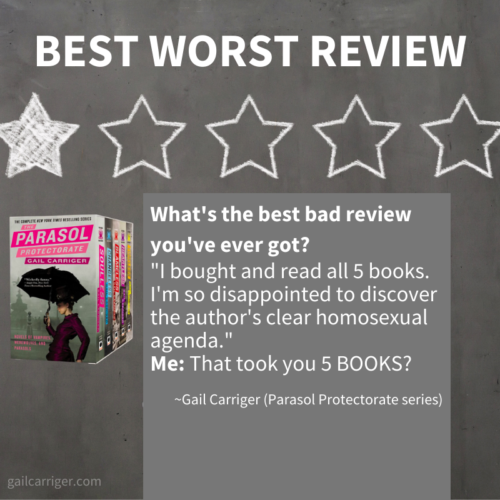