Crudrat has a new cover & is up for preorder! 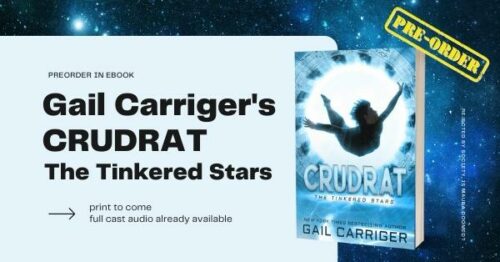 This book has been a very long time coming to you in print, and I appreciate your patience. If you enjoy keeping track of such things, Crudrat was actually written right after Soulless in 2009 and it was Kickstarted as a full cast audiobook project in 2014. (Hat tip to you, if you were one of those backers!)

Prior to now, it has existed only as a full cast audio book. So this is its official launch into the word of print & ebook. (It has existed before in these mediums but only in very limited run for certain backers.)

Here it is at long last! 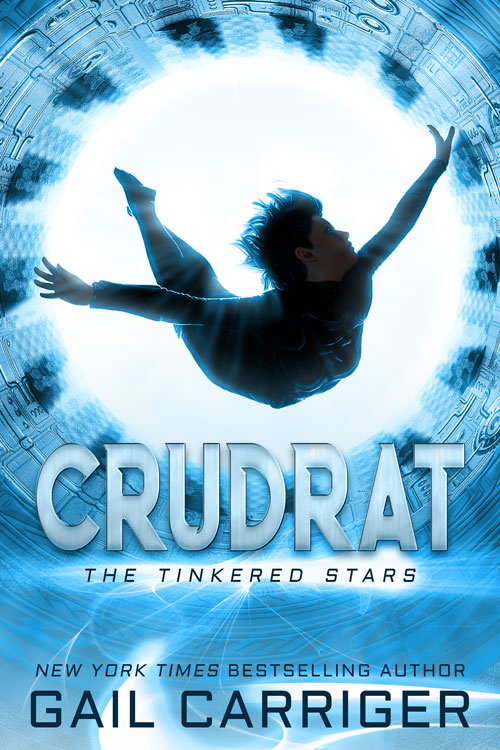 There is currently no preorder available for print editions, but please rest assured they are coming too!

This book is already widely available in audio.

Maura is doomed to starve. Her space station has no further use for her.

With only her crud-eating murmel and a fuzzy alien stranger to help, Maura must find a way to survive, before they catch her and blow what’s left of her life into space.

In the far future, on a space-port the size of a city, crudrats scrape out a meager living cleaning the great machines that generate usable power. Only children can safely traverse the cramped tunnels and the massive blades that harvest crud. But one misstep and a crudrat gets caught on a blade edge and killed. Like rats, they scurry through the bulkheads, duty-bound to clean the air ducts so everyone else can breathe.

But, when they grow too big to be useful, they become outcasts. Now one of the forgotten, Maura might just be able to turn rejection into escape – if she’s resourceful enough.

In this classic YA adventure about finding one’s place in the universe, Gail Carriger brings golden age-style science fiction into the 21st century, stuffs it full of heart, and gives it a finely polished, gleaming edge. 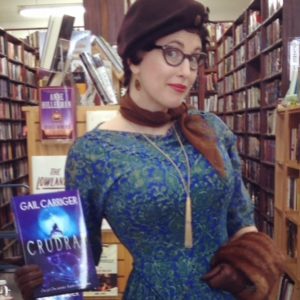 How is this different from the original?

For those of you familiar with the original full cast audio of Crudrat (which you can still buy directly for $14.99, on the Crudrat website), this is essentially the same story, although I have made a few minor changes. Differences will all have to do with the universe and the aliens that inhabit it. Now that the Tinkered Stars Mysteries have started (see: The 5th Gender) and The Tinkered Starsong series is forthcoming (see my newsletter for updates), I had to make everything galactic match up. I hope you have fun spotting the differences and forgive me my matchy-matchy tendencies.

So in the original (you could’t tell if you listened to the audio, obvs) capitalization was kinda arbitrary, I changed it a bit and it carries a lot of significance going forward because of the above poll and discussion in my FB group. 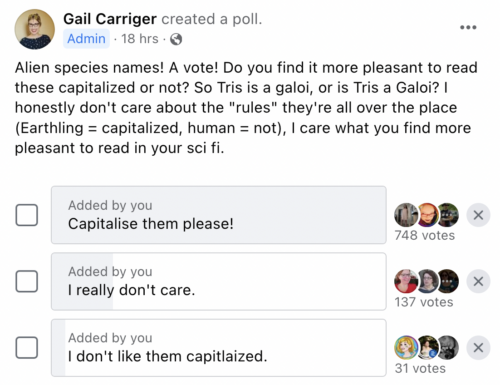 As of right now (2022) The 5th Gender remains mostly NOT capitalized – for Tris reasons (and my own profound laziness). When/if I do a second book in that series, I may reissue the first one with my new capitalization conventions. For now it stands as his POV (since his linguistics are bonkers anyway) even in the Drey sections.

Tinkered Starsong will use my POV character’s learned behavior/linguistics around Galactic Formal/Common (language), which capitalizes most everything (and also uses Sapien instead of human). But you’ll have to wait to read that when it comes out!

A brief history of this story!

Want more on this book and others in this universe, follow along in my newsletter, the Chirrup.