Many thanks to our guest, today, Professor Randolph Lyall. 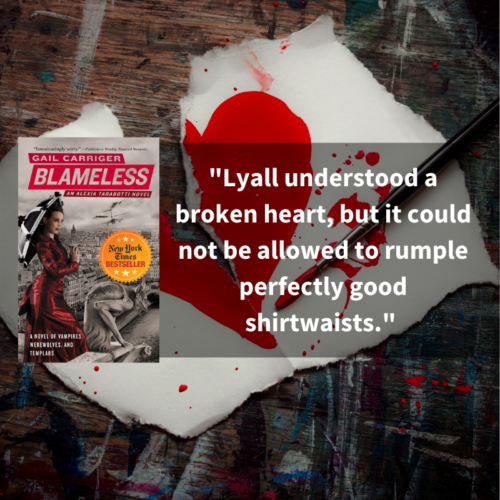 Professor Lyall is visiting us direct, today, from Gail Carriger’s London, and the Parasol Protectorate series.

I know your time is precious, Professor, I do hope you’ll forgive me bypassing the customary niceties. For anyone who may not yet be acquainted with your London, would you mind terribly giving a brief description of yourself, the Woolsey pack and your world?

I am the Beta to the Woolsey Pack, part of the Greater London Environs. I am also acting secretary at the Bureau of Unnatural Registry, where I work alongside my Alpha who is also Queen Victoria’s chief sundowner. Woolsey is the larger of HRM’s packs, and the only one split for military service. Several of us stay at home and assist BUR or the Growlers and the rest work along side the military abroad. My world is as one would expect concerning London plus werewolves, vampires, and ghosts, not to mention secret societies of scientific genius and medical experimentation. Which is to say, regrettably messy.

For those same readers who may not yet know you, Alexia, Lord Maccon, Lord Akeldama & the rest of the colorful characters peopling your world, how would describe each of them, using only one word?

And what about yourself? What one word would you use to describe yourself? What word do you think Alexia or Lord Maccon might use? We already know Lord Akeldama’s word for you. ~cheeky grin~ 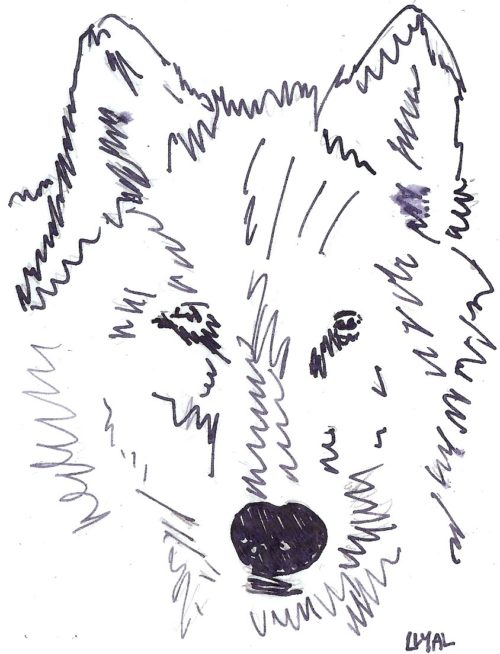 Without spoiling anything for the readers, what can you tell us about your own history? How you became a professor…and what, exactly, are you a professor of? Any stories of daring-do or heart-stopping romance you could share from your own diaries?

I’m afraid I can tell you very little. In my professorial guise, I am considered a bit of an expert on the procreative practices of Ovis orientalis aries. I can reveal that my private life causes not insignificant upset over the course of the Parasol Protectorate books. I do not keep a diary, not one of my own, that is.

How do you like working in London, and becoming more closely tied than you already are to the paranormal denizens of your England? If you could work and live anywhere else, where would it be, and why? I’ve observed your fondness for gadgetry; might you be working in the sciences, if you weren’t a Beta?

I enjoy London very much. I should like to live there full time, if I were able. I also have some fondness for certain parts of Europe – Prague, for example. But I haven’t visited in years, it is rarely possible for me to leave my pack or BUR. I am rather fond of gadgets, but I do not possess the necessary skills to be an inventor. I am no longer so creative as I was before the bite. I am more an appreciator of the finished artifact; a collector of the new gadgetry of others, if you would.

Okay, I must “get down to the nitty gritty,” as we say. What’s it like, being a werewolf in London? And what’s it really like working as Beta for (or with) Lord Maccon? What about Alexia, and her friends?

Well, it’s very nice, thank you for asking. Lord Maccon is a perfectly acceptable boss and Alpha, if a tad trying in his attire and manner at times. I believe Alexia has had a calming effect on his lordship, either that or she takes on the brunt of his ire.

What do you think would most surprise people, to learn about you?

I am very fond of Maltesers. 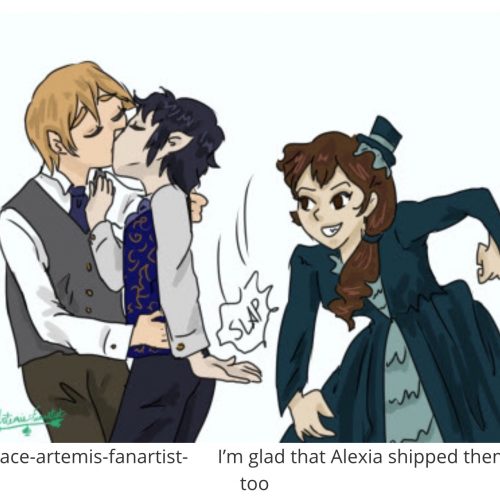 What are you hoping comes your way in the future? Any guesses about what may be down the line, especially with the “infant inconvenience” and the recent addition to your pack, most certainly affecting your world, to say the least.

I am hoping certain secrets do not come to light and that I shall live out the next three hundred years or so in peace and quiet. Unfortunately, I am a werewolf so that is all quite unlikely. We are terrible gossips, can never keep secrets, and are the opposite of peaceful. So instead I shall simply say that, I hope any new additions to our pack and lifestyle are more calming than boisterous, but again, with vampires and preternaturals bouncing about, I am well aware I hope in vain.

I find levity is frequently the best option, when it is available, so I strive to make sure I end on a light note. To that end, I have an odd, fanciful question for you, Professor. If you were a game, what would it be and why?

Pinball. Because no matter what I do I always seem to end up being slapped around by a rubber flipper. And no, I shan’t explain further, thank you very much. 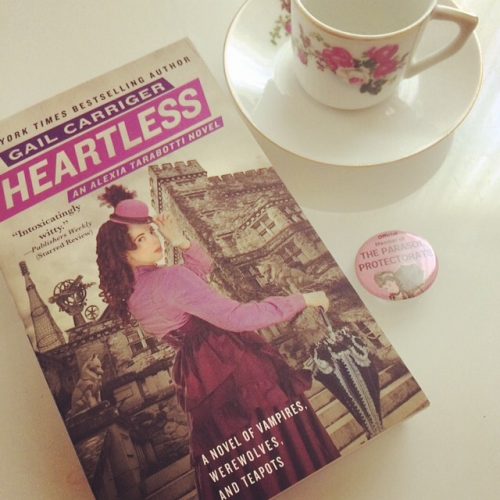 This post interview was originally conducted right before Heartless came out in 2011.

Little did we all know… 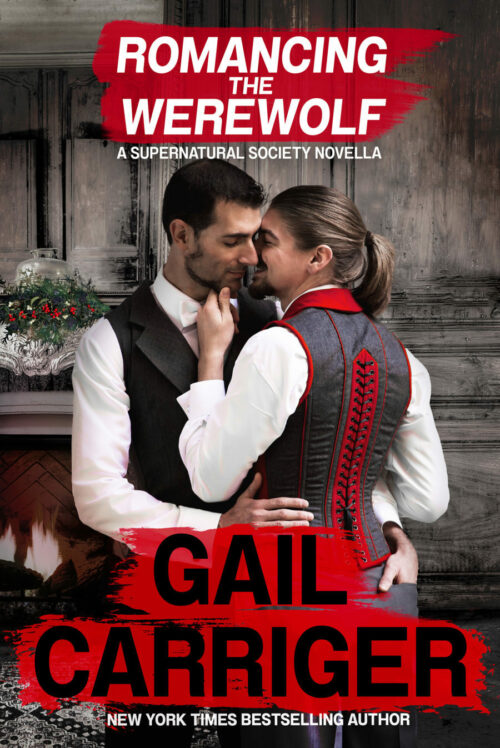 Lilliput the Cat Versus Strawberries

Libraries are where it all begins.

“Elinor agreed to it all, for she did not think he deserved the compliment of rational opposition.”

~ Jane Austen (Summing up my feelings in internet discourse.)