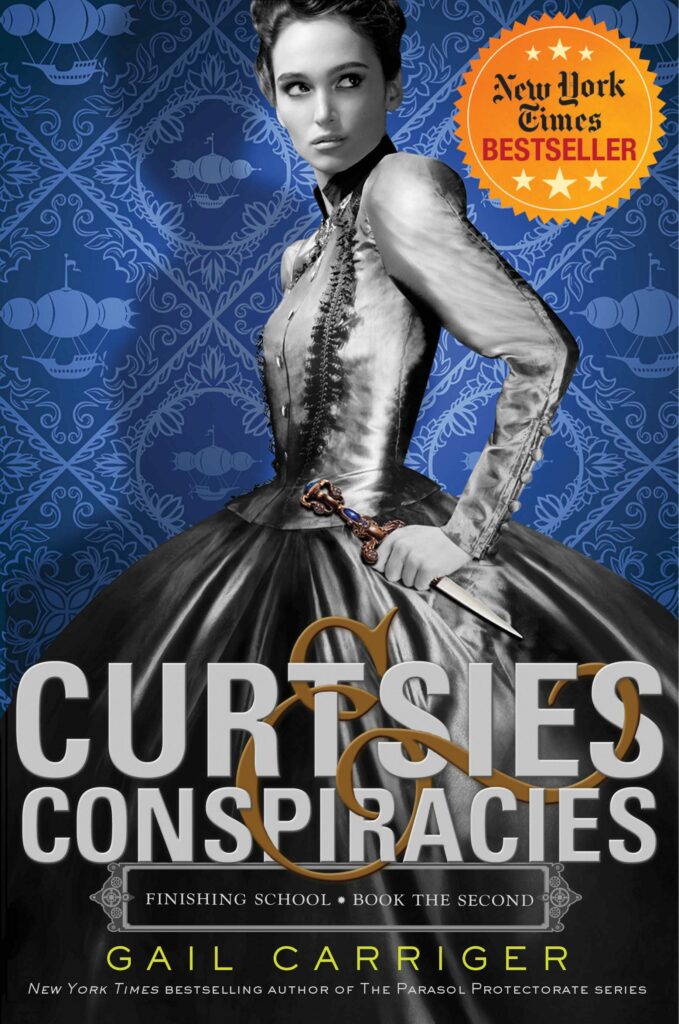 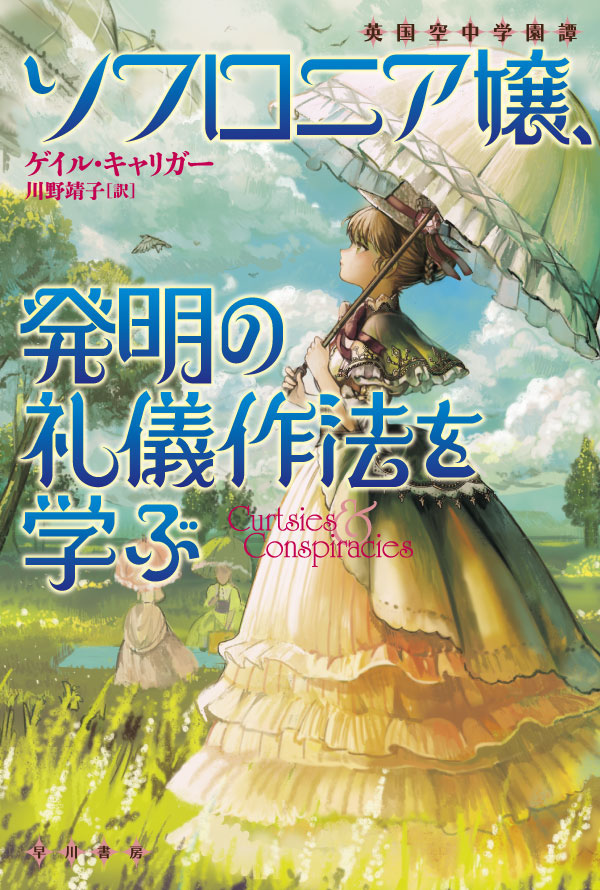 Book 2 in The Finishing School  Series

Sophronia’s first year at Mademoiselle Geraldine’s Finishing Academy for Young Ladies of Quality has certainly been rousing! For one thing, finishing school is training her to be a spy–won’t Mumsy be surprised? Furthermore, Sophronia got mixed up in an intrigue over a stolen device and had a cheese pie thrown at her in a most horrid display of poor manners.

Now, as she sneaks around the dirigible school, eavesdropping on the teachers’ quarters and making clandestine climbs to the ship’s boiler room, she learns that there may be more to a field trip to London than is apparent at first. A conspiracy is afoot–one with dire implications for both supernaturals and humans. Sophronia must rely on her training to discover who is behind the dangerous plot-and survive the London Season with a full dance card.

In this sequel to New York Times bestselling Etiquette & Espionage, class is back in session with more petticoats and poison, tea trays and treason. Gail’s distinctive voice, signature humor, and lush steampunk setting are sure to be the height of fashion this season.

Curtsies & Conspiracies was a New York Times Bestseller and received a top honor on the YALSA Amazing Audiobooks List (2015).

“The strength, wit, charisma, and sheer likeability of Sophronia is a refreshing and welcome change from the typical protagonist of today's young adult novels.”

“Carriger’s second steampunk adventures exceeds the first...the fun, again, is in watching ever-practical Sophronia sneak and scheme her way into sometimes dangerous, sometimes riotously funny, situations…. We repeat: This witty, light-hearted series is not to be missed.”

“Sophronia Temminnick is back for more daring yet ladylike exploits in this effervescent second installment in Carriger’s Finishing School series. Carriger’s blend of comically exaggerated characters and madcap action will easily win over readers once again.”

“A world of manners , steampunk, and the supernatural. [Carriger] again manages to blend the rules of etiquette with inventions and creatures effortlessly, creating a diverse world of wonder.”

“The language is every bit as delightful in Sophronia’s first adventure ‘Thrushbotham, pip-monger, swizzle sprocket’ even in this weightier tale.”

“Carriger’s second Finishing School title moves quickly, but without losing the nimble wit, charm and romance that made the first book so appealing. The steampunk genre is better off for having this series, and readers will be clamoring for more.”

“...a fast-paced plot that is sure to keep readers’ attention...a must-have purchase for libraries in which the first book is popular.”

“Teenage girls will laugh, cheer, and empathize as the girls at the academy experience all the same emotions they do, but in a Victorian steampunk fashion.”