Fox shifter Mana has an offer from Hollywood that she can’t refuse. Her lover, the werewolf Lovejoy, is tethered to his pack and his work in the Bay Area and can’t go with her — even if she asks him too, which she hasn’t. Their affaire started as a very casual thing and seems to be ending in the same way.

This short interstitial story it told from Lovejoy’s perspective and comes just after events chronicled in The Enforcer Enigma. It features side characters from the San Andreas Shifter series.

This story will probably not make sense if you haven’t read the first three books in the series (The Sumage Solution, The Omega Objection, The Enforcer Enigma). Mana and Lovejoy’s romance runs through the background of those books. This story picks up assuming you have already been witness to Lovejoy and Mana’s relationship development. It’s also Gail’s take on a dark fairy tale (with a kitsune drag queen and a happy ending, of course) but you have been warned.

Vixen Ecology will be released as a charity offering, to the Chirrup first and exclusively, in electronic form. In other words, as of right now, you must be a member of Gail’s newsletter to get this story. Sign up here.

Because this is a short story, it is unlikely to be available in print or audio anytime soon.

All profits from the exclusive early sale (and all Gail’s Gumroad sales for the release month) will be donated in equal parts to: 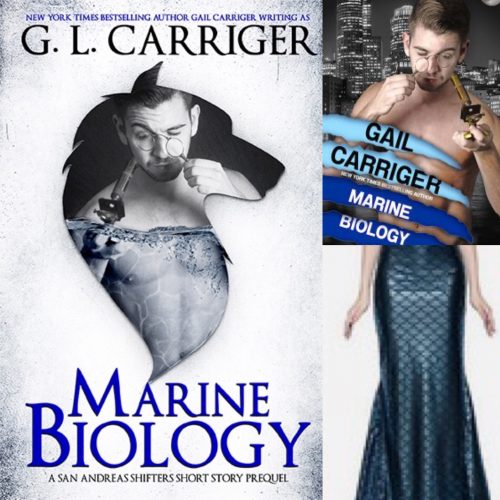