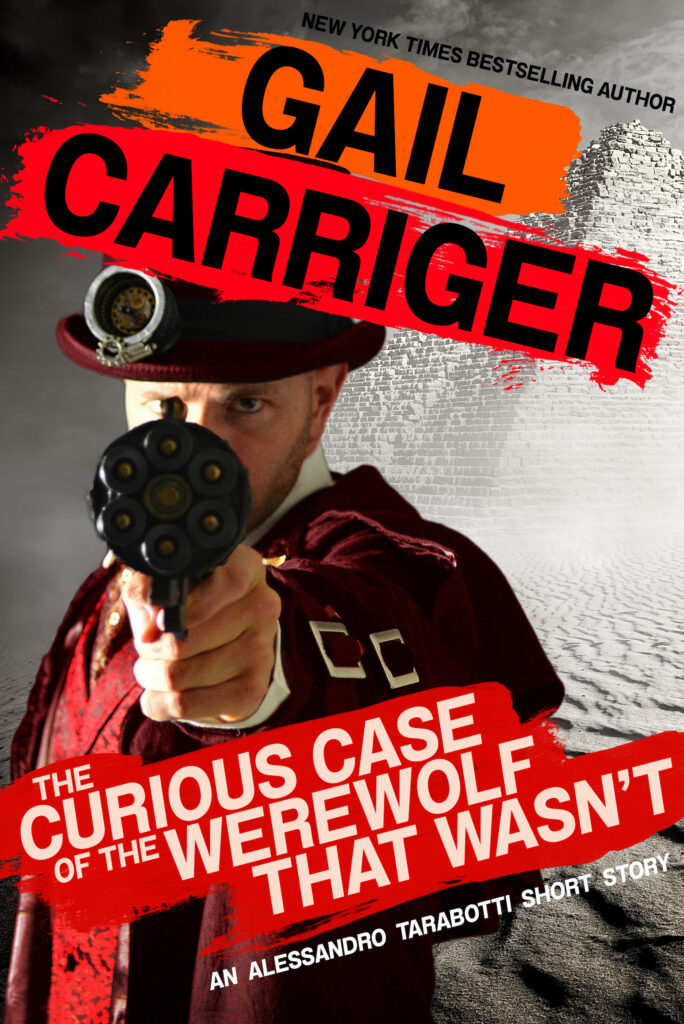 The Curious Case of the Werewolf That Wasn’t

A short tale of mummies, werewolves, and well-preserved felines set in the world of the Parasol Protectorate.

Alessandro Tarabotti and his valet, Floote, are on a mission in Egypt when they encounter visiting tourists and the situation turns to mummies. What is Alessandro’s real mission and will his Aunt Archangelica approve of his treatment of her cat?

If you have ever wondered about Alexia’s father, this will give you a glimpse into his adventures, character, and romantic interests.

There is a Spanish translation of this story: El Curioso Caso del Licantropo que no lo e

Available in print form as a special extra bundled with Romancing the Werewolf.

Behind the scenes of Curious Case (plus hints for super fans) from Gail herself.

Want more Alessandro: He appears in retrospect in the Parasol Protectorate series.