Sophronia is recruited to a finishing school for spies located in a dirigible. Set in Gail's Parasolverse these four YA books are full of steampunk etiquette, well-dressed espionage, and flying food. 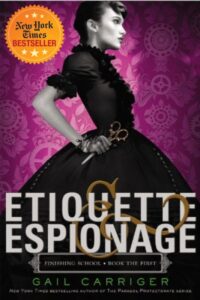 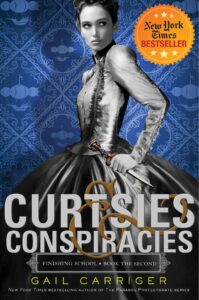 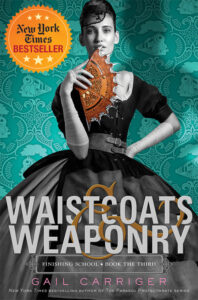 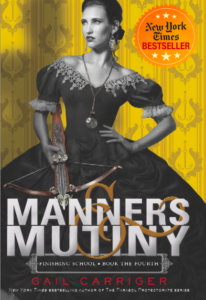 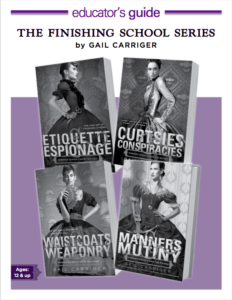 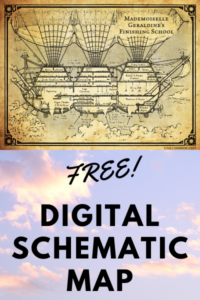 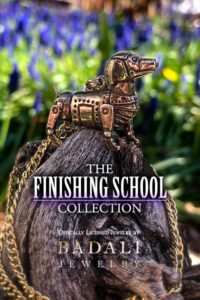 Praise for The Finishing School

“This genre-bender will introduce fans of Ally Carter’s Gallagher Girls and Jennifer Lynn Barnes’ The Squad to a world of mechanical maids and flying machines while bringing a spy-school romp to readers of the weightier worlds of Cassandra Clare and Scott Westerfield.”

“Carriger deploys laugh-out-loud bon mots on nearly every page… Amid all the fun, the author works in commentary on race and class in a sparkling start to the Finishing School series.”

“If spunky Lady Sybil from Downton Abbey happened onto a steampunk set, she might look a lot like Sophronia Angelina Temminnick...Carriger delivers a grand mix of etiquette and espionage with a dash of humor and enough subterfuge to spring some surprises.”