What I Read While On Hiatus ~ YA
YA is usually my preferred genre, but I have been struggling with it recently. I don’t like post-apocalyptic and dystopian stuff, and while I read contemporary, it’s not my favorite. The days of classic Tamora Pierce fantasy seem faint and far away, at least as I peruse the YA bookshelves. I keep my eyes open for something I’ll like and I am constantly reading samples, but I’m finding reading more of a struggle with this genre than it has been in the past. Nevertheless, I did delve in while recovering. 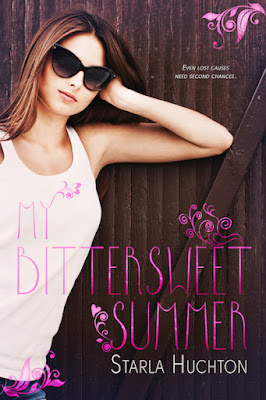 I really enjoyed this book. It’s a lot more serious than the description sounds, and deals with some troubling themes of bullying, but in a very sophisticated way. Strangely, the idea of calling it a romance almost trivializes that (and I like romance). It reminded me a lot of On the Fence by Kasie West (read my review of that book on Goodreads) but I think I liked this one better. (All my cards on the table, Starla is a friend, but I hope that didn’t influence me unduly. After all, I have lots of author friends and mostly, I don’t read or like their stuff. Frankly I’m so picky, most authors I know personally don’t write things that fit my preferences.)

On a side note, Starla is also a very good cover art designer and it was her blog post about the evolution of this book’s cover that lead me to place a pre-order in the first place.  Even if you’ve no interest in the book, her cover art discussion is fascinating.

What I Read While On Hiatus ~ Urban Fantasy

I read urban fantasy almost by default. What does that mean? Well, I fell into it initially because it seemed to have more chicks kicking ass, more romance, more action, and more funny moments than most other sub-genres of SF/F. That said, it seems to have gotten awfully redundant lately. For some reason I get perturbed by this in UF in a way that I don’t with romance, which, frankly is nothing but redundancy. Why? I’m a fickle little unreasonable emotional reader-beast defying logic and sense. I like what I like, what can I say?

“Consistency is the last refuge of the unimaginative.” 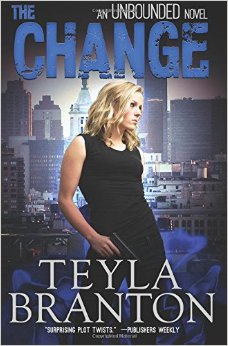 Title: The Change
Author: Teyla Branton
Series: Unbounded (Book 1) 4 in series so far
Genre: Straight up classic urban fantasy.
How Gail got it: Purchased (Bookbub maybe? Can’t have been attracted by that cover, yawn.)
Recommended? With reservations
Thoughts:

Yet another take on the vampire myth. I found the plot a little predictable, the world building not all that original, and the main character’s series of choices annoyingly wrong-headed in a Sandra Bullock The Net kind of way. (Yes Sandra, escape into the parade and then be THE ONLY person running in the opposite direction because that makes PERFECT sense. Distracted by horrendous memories of a truly awful movie, now where was I? Oh yes, about to re-watch Miss Congeniality for the 100th time. Now there is a quality flick.) Yes, to some extent, the main character reacts in a pleasingly emotional and honest true-to-life way, but otherwise she is just irritating. Nevertheless, the action kept me engaged enough to finish the whole book. For someone who will drop a book for very minor flaws, that is saying something major about the writing. I also bought the second one, which is saying even more. However, I haven’t read it yet, so…

Your Tisane of Smart . . .
Tea plantations in Lishan.

Book News:
The Codpast says of Etiquette & Espionage audio book:
“This one of my favourite books to recommend for teenage girls, and the start of a fabulous series. The best way I have found to describe it is Pride and Prejudice with the supernatural, and the sort of action you’d expect of a James Bond novel.”

Quote of the Day:
“[Harry] had always suffered from a vague restlessness, a longing for adventure that she told herself severely was the result of reading too many novels when she was a small child.”
~ Robin McKinley, The Blue Sword (highly recommended)