Those who get the Chirrup have already gotten to see this, but for those who have not joined (silly Gentle Reader, why wouldn’t you?) here is the cover art that was recently announced: 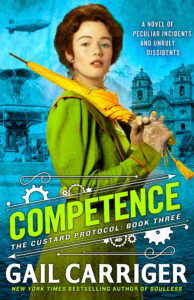 Preorder Competence in the USA in digital or hardcover from:

When she uncovers rumors of a new kind of vampire, Prim and the Custard crew embark on a mission to Peru. There, they encounter airship pirates and strange atmospheric phenomena, and are mistaken for representatives of the Spanish Inquisition. Forced into extreme subterfuge (and some rather ridiculous outfits) Prim must also answer three of life’s most challenging questions: 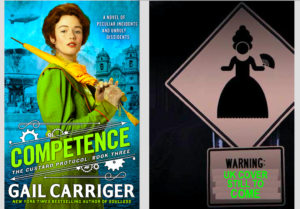 Are you a British or Aussie reader?

Do you get the first editions of the Custard Protocol books in paperback?

Well the UK (AUS & associated territories) will be getting a different cover.

It will be awesome and special and just as fab as this one, only different. You’ll see it first if you are a Chirrup member, but you’ll have to be patient while I get those pesky ducks in a row. (Or do I mean pigeons, or is it wicker chickens now?)

Then you can argue about which one is prettier. Politely, of course, and with enthusiastically waved biscuits.

For… reasons. The sames reasons that mean you can’t preorder this book in the UK… yet.

Join the Chirrup to stay abreast of the situation!

It’s very GREEN isn’t it? Did you notice that the parasol is primrose colored? Yes, I did get to help choose the model. It took me a bit to get the color profile but now I really like it. I find it striking and unusual.

Hilariously, after the cover announcement went live, someone freaked out on Twitter with the following:

But we’re getting a different cover for the UK, and that scares me, because THIS ONE matches with the first two – I don’t want two books with one cover style, and two with something totally different! 😱

To which my response was:

Are you *gasp* DOUBTING me and my aesthetic choices?
Not to say my care and attention to things matching!
I assure you I’ve never even left the house without my shoes matching my purse. I’m not a heretic!

Those who get the Chirrup have already gotten to see this, but for those who have not joined (silly Gentle Reader, why wouldn’t you?) here is the cover art that was recently announced:

The only real danger is that now you might want to buy both print versions. Because both covers are so good.

Which, I assure you, was not my evil plan. Although it’s a good one.

Yours in snark forever, 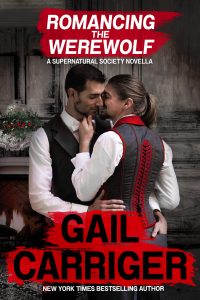 Romancing the Werewolf ~ A Supernatural Society Novella by Gail Carriger is now available (audio will follow). 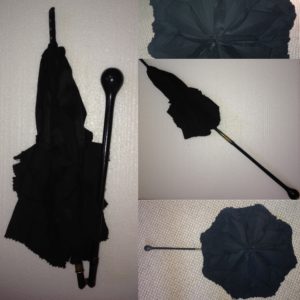 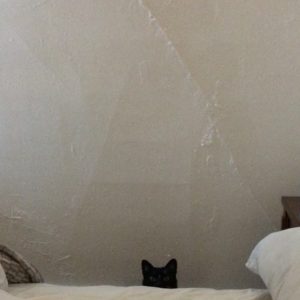 The purest form of gastronomy is Tea 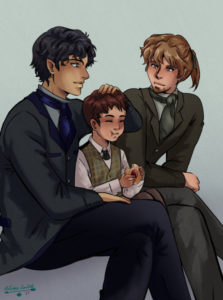 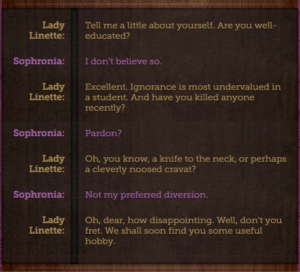