My dearest gentle reader, today in the blog I have a sample of the first chapter of How to Marry a Werewolf for you! 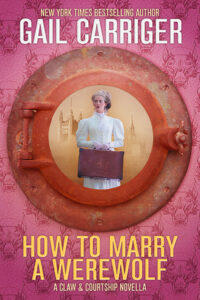 When a young American lady of good standing is indiscreet, kind parents retire her quietly to the country with a maiden aunt and a modest stipend. Faith’s parents decided to marry her off to a werewolf.

“Though you’re too soiled for even those unnatural beasts.” Faith’s mother was not looking at her. Mrs Wigglesworth hadn’t really looked at her daughter for nearly two months. Faith was more reassured by this than not. To be noticed might tempt her mother’s temper, and that was never pretty.

So, she was careful with her words. “Now, Mother, I don’t think they quibble about such things, so long as I’m fresh meat.”

“None of your lip, girl. That’s what got you into this predicament.” Faith’s mother had a voice like cracked peppercorns and the face of an offended jackrabbit – all ears, red-rimmed eyes, and wrinkled nose.

No, it isn’t what got me here, thought Faith. In fact, it was the opposite. If I’d said something – if I’d lied about it – there would have been shame but no ruination.

“Face it, my dear, she’s spoiled goods by everyone’s standards. Even the werewolves.” Mr Wigglesworth chewed his overcooked beef wetly, with a sound like the squelching of boots in a vat of gravy.

“I don’t know where we went wrong with her. The others all turned out well enough.” Mrs Wigglesworth gave a long-suffering sigh. “I did so well with them, and then this one. Rotten to the core.”

Faith looked down at her food. It sat untouched. She didn’t feel like eating; nothing worked to fill that odd lingering emptiness. Certainly not beef, at any rate. She speared a potato and ruminated over its roundness.

They must be desperate to be rid of me, she thought, to be considering werewolves. Or Mother hates werewolves so much, she would use me to punish them.

Prior to this particular conversation, Faith could not remember the word werewolf ever spoken in the Wigglesworth household, let alone at the dinner table. For while the packs may have helped the North with their Union troubles, they still weren’t considered civilized. Now they weren’t even allowed into the city without escort. A werewolf was lower than a Californian, all things considered – rough rural hillbillies with too much hair. And open shirt collars. And no table manners.

Faith shivered in titillated horror. Werewolves were not permitted in any of Boston society’s conservatories, let alone received into drawing rooms. Certainly not by the Wigglesworths. No one would make the mistake of calling Faith’s papa a progressive. But he was a pragmatist. And everyone in Boston now knew of his daughter’s shame. And Faith’s mother? Well, she made no bones about her hatred for the beasts.

Her mother’s hand, suddenly and without warning, slapped the table. “Don’t play with your food, girl.” She barked the words so sharply that spittle sprayed the table.

Faith put down her fork.

Her mother went back to not looking at Faith. Already, in one of those lightning mood switches that had so terrified Faith as a child, Mrs Wigglesworth was directing soft lips and coy eyes at her husband and his indifference. “You see what a bother she is to me? To this family?”

“So, how do we safely dispose of her?” Mr Wigglesworth asked his wife, because it really was Mrs Wigglesworth’s responsibility. A daughter embroiled in scandal was of little political value to him. He’d never paid Faith any attention anyway, not until her indiscretion.

Mrs Wigglesworth sighed again, louder and with more force. “We must still try for an advantageous match. Your cousin offers us a relatively inexpensive option – a London season.” She tapped the letter that had started the whole conversation. “Since I’d never allow American werewolves to darken our door, I was thinking of something grander. England. Some of those British monsters are even titled.”

Faith couldn’t face the potato. She slid it off her fork untouched. Not more society. Critical eyes, and uncomfortable clothes, mixed with monsters. The potato wobbled. Imagine having to sit across the table from a real vampire. Those fangs. Do they suck blood at dinner? She shuddered.

Mrs Wigglesworth continued, “Then she might marry and stay across the ocean.”

“To rot,” added Faith under her breath. The subtext being that then the Wigglesworths would never have to see their youngest daughter again.

Her mother gave a tight smile. “Cursing some monster with her wicked ways and amoral behavior, instead of us and our good name.”

Faith tried not to find that funny. Isn’t that what they call the irresistible need to shapeshift every full moon – werewolf’s curse? Midnight special, she thought, curse now comes with your very own indiscreet American fortune hunter. Buy while fresh.

Papa made his decision. “Send her to England then, my dear. No one will have heard of her shame there.”

No one will have heard of me at all. Faith was cheered by that thought. Oh, the joy of anonymity.

Faith actually didn’t mind overmuch. Anything to get out of the house. Apparently, she hadn’t any standards either.

Her mother glared at her, sharp and vicious. “We are being whispered about. In the streets! Mrs Kensington cut me in the park yesterday. Me! I want you gone from here and forgotten. You will find yourself a werewolf, girl. You aren’t good enough for a human man. Not even an English one.”

Faith hung her head. She wants me shamed for the rest of my life. Tied forever to the same supernatural creatures that deceived and ruined me. All because she is being whispered about this month in a minor scandal that will be forgotten by summer.

So it was that Faith, with only her maid Minnie as chaperone, and last season’s dresses (which might themselves be considered a chaperone, for the discouragement that they afforded) and a few outfits Faith had made in secret (even more discouraging to prospective suitors, as these involved menswear), were packed into a dirigible and floated off to England. Properly, Mrs Wigglesworth ought to have gone along, but Faith’s mother obviously thought nothing worse could happen to her daughter.

She was, of course, entirely wrong.

Where is the print?

Where is the audio? Coop de Book for May is How to Marry a Werewolf (naturally, or should I say, supernaturally?). (Discussion here.) 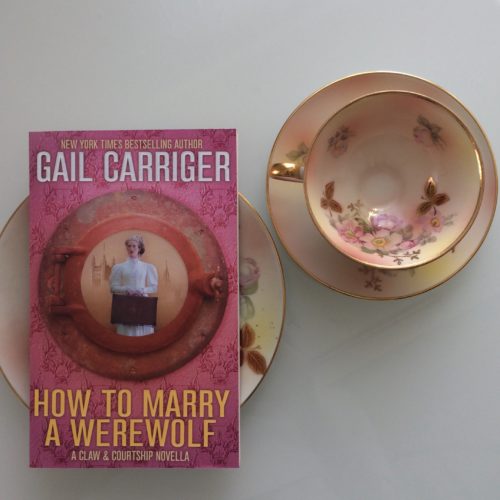 How to Marry a Werewolf (In 10 Easy Steps) ~ A Claw & Courtship Novella by Gail Carriger is now awabile (print, audio & other editions will follow). Featuring a certain white wolf we all love to hate (except those of us weirdos who love to love him). Add this book on Goodreads. 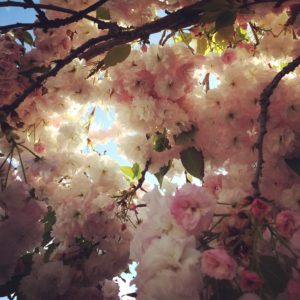 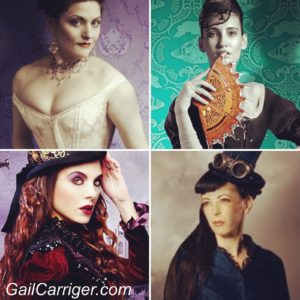 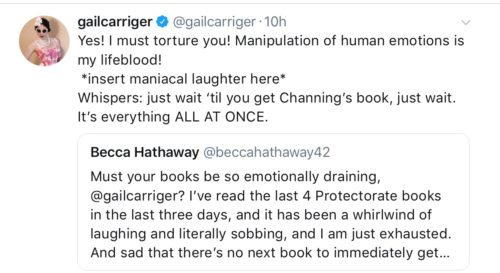 Tags: Claw & Courtship, HOW TO MARRY A WEREWOLF, Special Extras