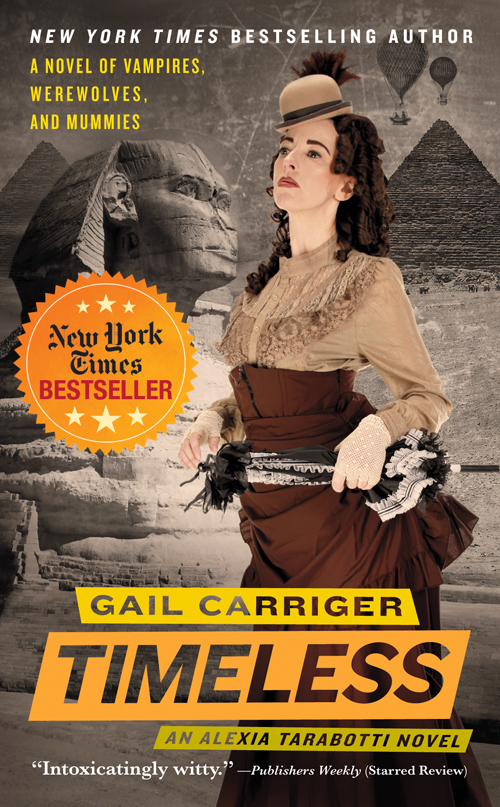 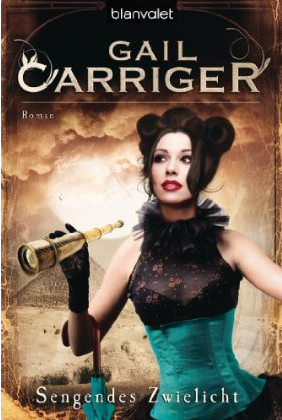 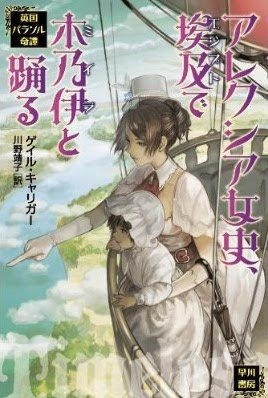 Book 5 in The Parasol Protectorate  Series

Alexia Tarabotti, Lady Maccon, has settled into domestic bliss. Of course, being Alexia, such bliss involves integrating werewolves into London High society, living in a vampire’s second best closet, and coping with a precocious toddler who is prone to turning supernatural willy-nilly. Even Ivy Tunstell’s acting troupe’s latest play, disastrous to say the least, cannot put a damper on Alexia’s enjoyment of her new London lifestyle. Until, that is, she receives a summons from Alexandria that cannot be ignored.

With husband, child, and Tunstells in tow, Alexia boards a steamer to cross the Mediterranean. But Egypt may hold more mysteries than even the indomitable Lady Maccon can handle.

This is the exciting and hilarious conclusion to the Parasol Protectorate series.

Like this series? Want to know what happened next?

It’s in The Custard Protocol series.

Alexia and Conall also turn up again in Meat Cute & Romancing the Inventor.

Behind the Scenes of Timeless:

Timeless was a New York Times, Locus, and Publishers Weekly bestseller; was a Los Angeles Public Library Best Book of 2012; won the 2013 Prix Julia Verlanger Award(2013);  and the Parasol Protectorate Omnibus Volume Two was selected as a Best Book of the Year, by the Science Fiction Book Club.

“Steampunk inventions take a backseat to the witty and affectionate depictions of the characters and their relationships….series readers will fall for Prudence and be happy with how it all wraps up.”

“Gail Carriger finishes off her Parasol Protectorate tetralogy with the same wit, humor and elan that made her preceding books New York Times bestsellers. For readers of the first four books, skipping Timeless would be as unthinkable as serving tea without biscuits.”

“The world of Timeless is a unique recipe of steampunk and fantasy spiced with a light sprinkling of romance. Its setting is rich for characters to romp about in, but the unbridled playfulness of the language and dialogue shines brightest.”