With your kind encouragement, Gentle Reader, I present to you the occasional series . . . weird things from my search history! A sampling of things I’ve done and researched the Finishing School series. 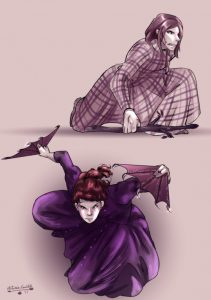 “A book is to me like a hat or coat – a very uncomfortable thing until the newness has been worn off.”