Bumbersnoot is a new and excitingly silly character in the up-coming Finishing School series.

On his first introduction…

It had four legs—four very short legs—and a small, spiky tail. Steam emanated slightly from its underbelly, and smoke came out from under its leather earflaps. It looked a little like one of those sausage dogs the Germans were so fond of.

Sophronia hesitated, and then—because everyone seemed to have forgotten him and he looked so forlorn—she scooped up the sausage dog mechanimal and hid him in her large pinafore pocket.

Sophronia names her new pet Bumbersnoot. And later introduces him to another new friend who has the following opinion . . .

“He’s quite the little beauty, isn’t he?”

Bumbersnoot had a long, sausage-like body, and while he was mostly bronze, it was clear he had some brass and iron parts, so that he was rather a patchwork. Fond of him though she was, “little beauty” was not a phrase Sophronia would have used to describe him.

A little while ago I ran an art contest and here are some images of Bumbersnoot! 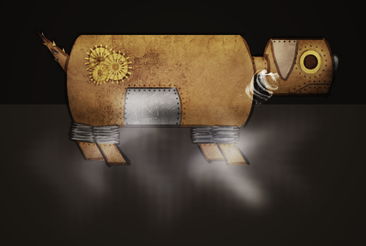 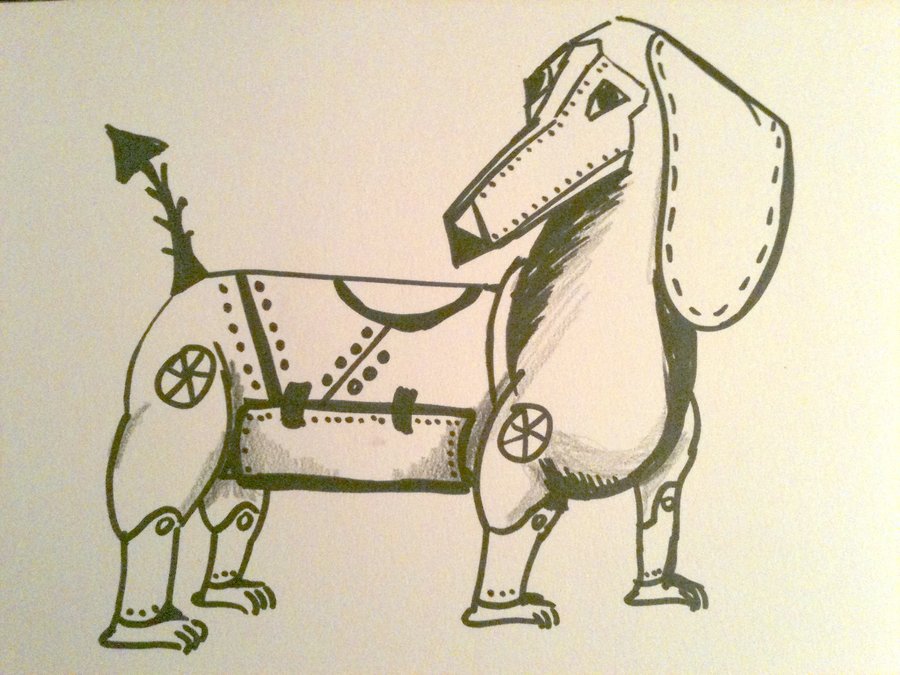 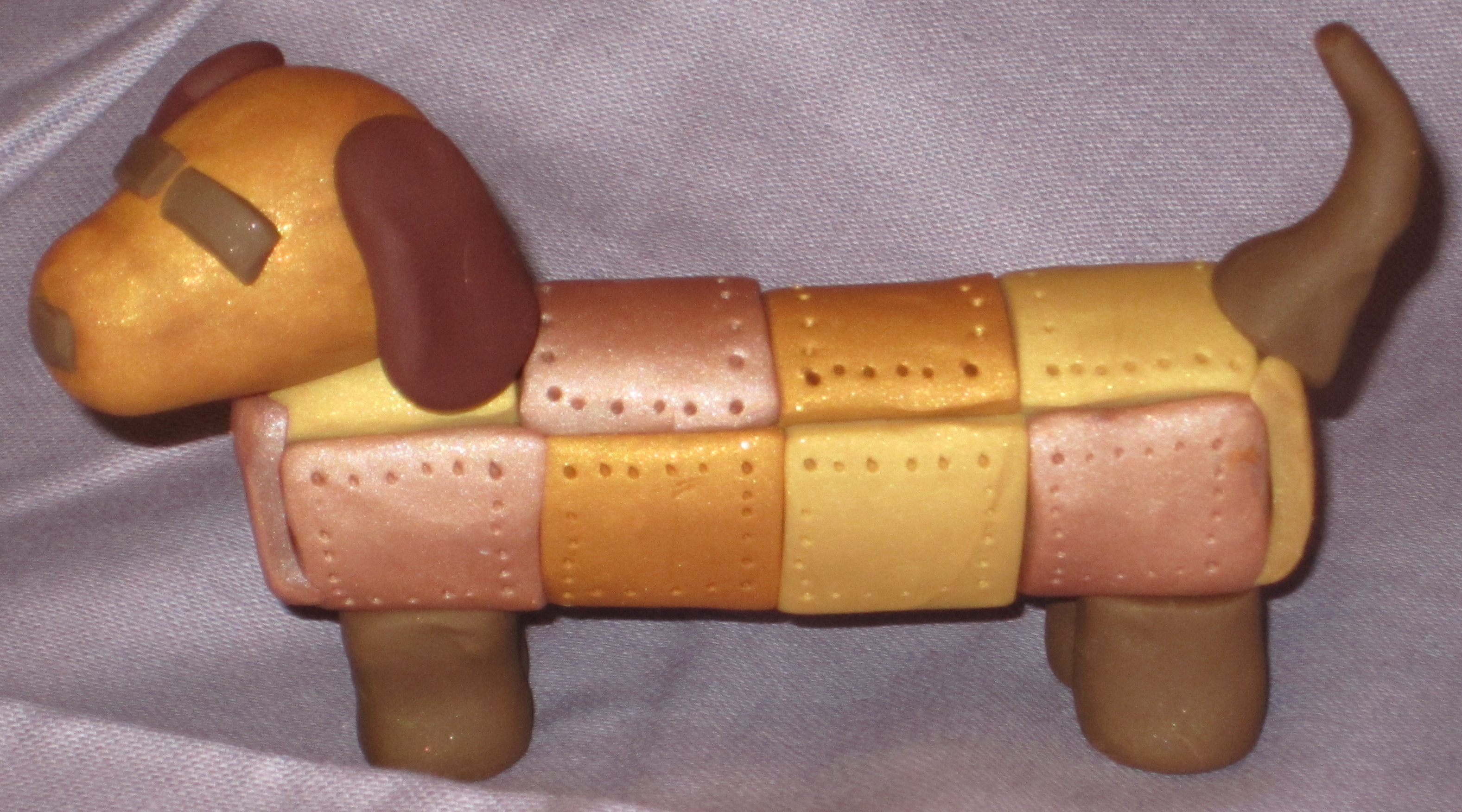 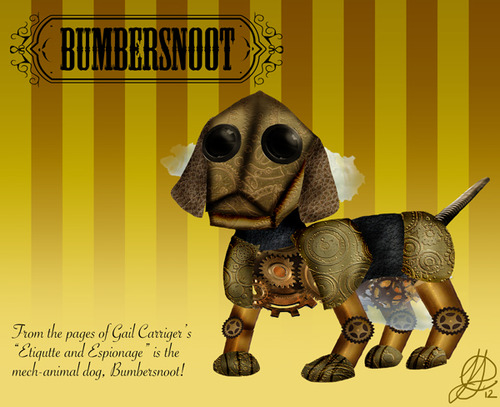 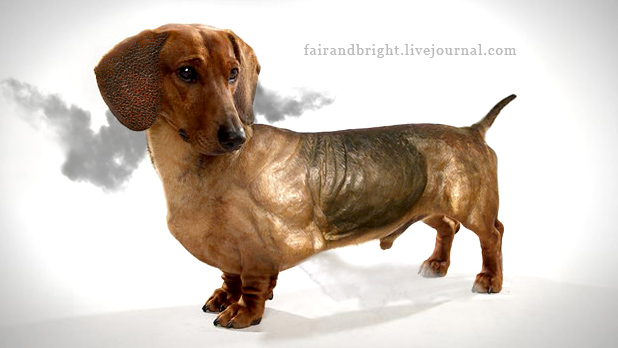 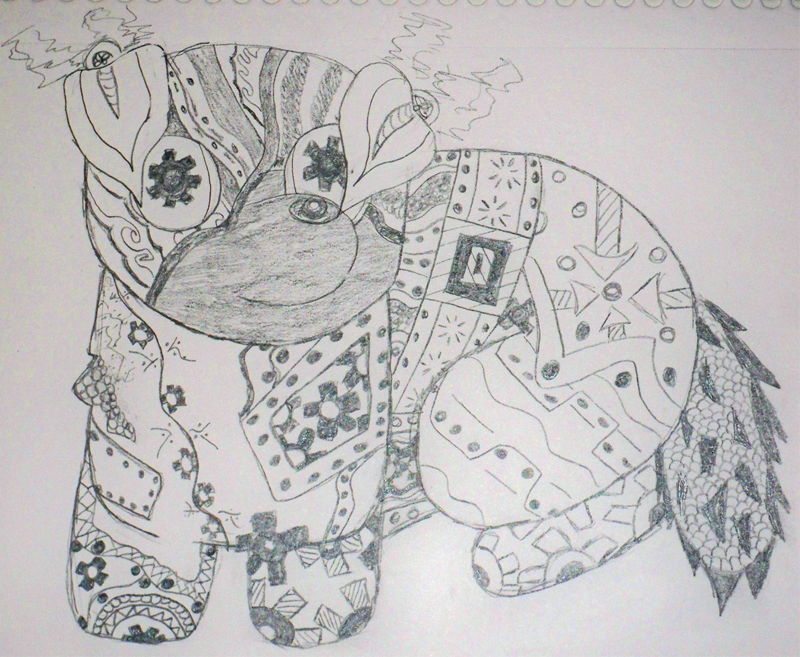 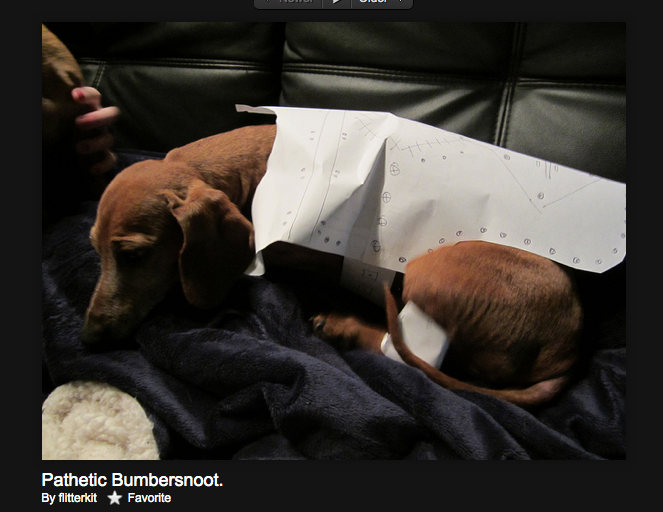 Your Writerly Tinctures . . .
Kurt Vonnegut Can Bite Me

Book News:
Interview about E&E over on PW Kidscast.

Quote of the Day:
“He wants to know if you can ride. he says you have the right build. ANd he says you are a pei-makhe halak – a milk faced boy.”
~ Second Lieutenant Francis Yeats-Brown, 1906 via Richard Holmes’s Sahib the British Soldier in India, pg. 263