Before we start, Gentle Reader, you can read an exclusive sneak peek of Waistcoats & Weaponry over on io9.

1. Will the Finishing School Books be made into a lovely omnibus one day? (@SpottyBlanket via Twitter)
SFBC produced their own edition of E&E but I don’t know if they intend an omnibus of all four. I think that would be great, so fingers crossed. Right now, however, the only ones in existence are of the Parasol Protectorate series. These are also the only English language hardbacks of my first series. 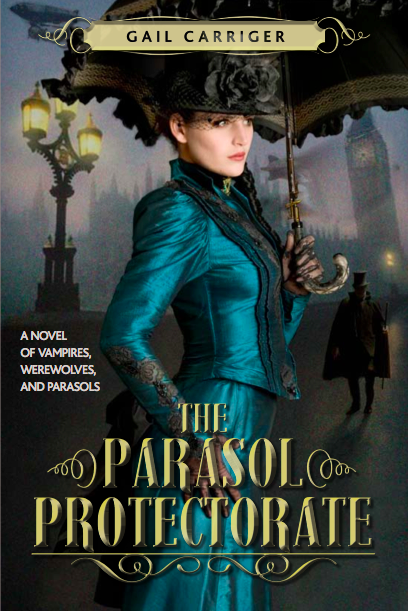 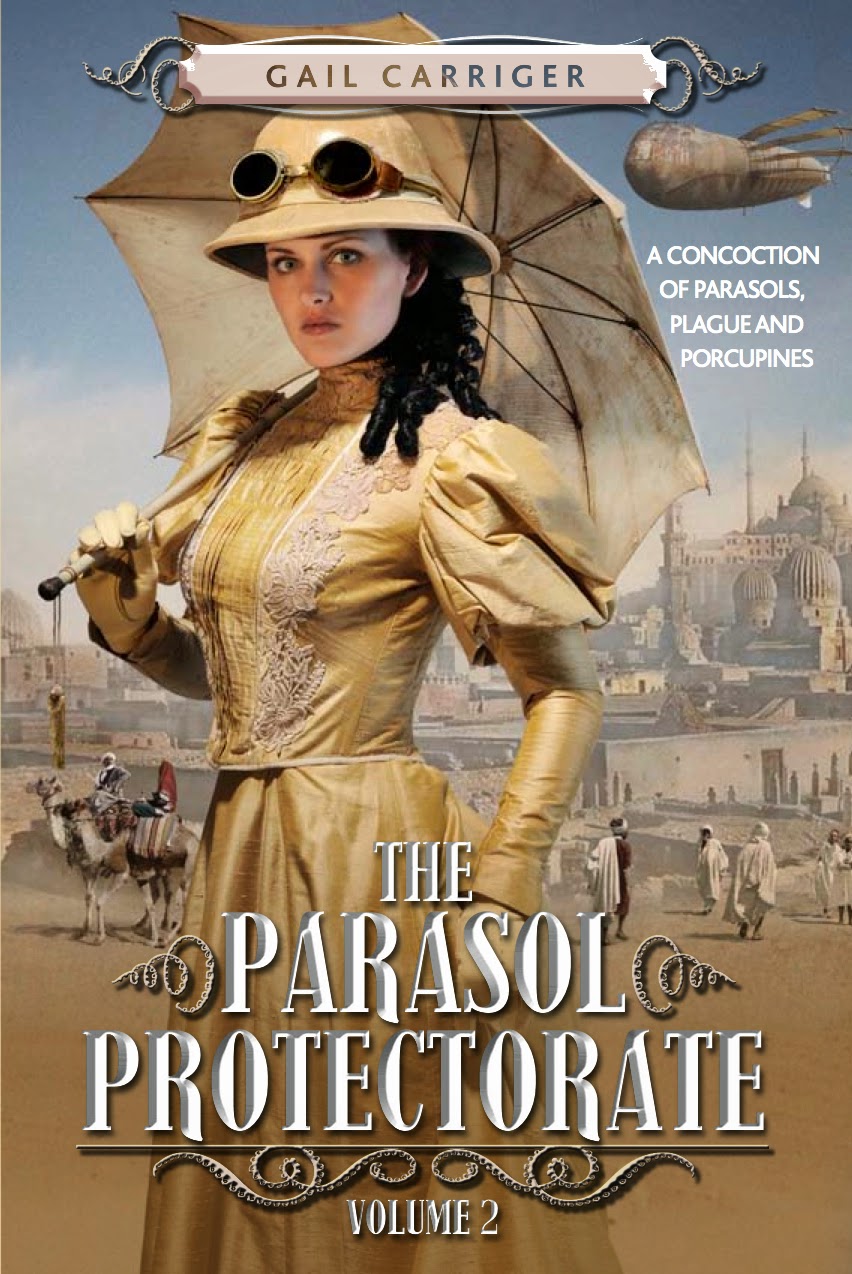 The Parasol Protectorate Omnibuses from SFBC

2. Will the Finishing School Books get a manga adaption like Soulless? (@SpottyBlanket via Twitter)
I don’t think so. It was particularly unusual that there was a manga adaptation of my first three books, and the result of a complicated series of serendipitous events. I would love it, but I don’t think it likely.

3. How does the Bunsons’ knot look in finishing school? (via Araidne)

What an interesting question.  Here is something all about cravats (a little earlier in time but still useful) I was imagining something a little like this:

Although I could imagine something more complicated like the Eldridge or the Trinity.

4. When you burn waistcoats with weaponry, what is the minimum safe distance? (@cirby on Twitter)
Should Lord Akeldama feel insulted or is this a Fahrenheit 451 question?

5. Will it be the last in the series? (@theogany on Twitter)
Nope, there is one more, Manners & Mutiny which I am finishing up right now and which will come out November of next year. I think I read too much Tamora Pierce, for my YA tendencies lean in favor of four book series.

6. Will we see more how it connects to the Parasols Protectorate series? Either through characters or events? (@i_haik on Twitter)
Of course! Much will be revealed in these last two books. I think you will find it most satisfying, yet still a great deal of fun even if you haven’t read the other series. Also there are a few thread that connect way into the future as well, to the Custard Protocol books. You know me. I like my Easter Eggs and cookies.

7. Do you know when the book will be available in Audio? Do you know if it will be the same narrator? (via Amanda)

I believe (in the USA) that the audio will drop at the same time with the same narrator. The UK is less reliable.

8. What happens to a vampire who over-extends his tether? (via Jo)

You will find all about it in the final two Finishing School books, but their are certainly some odd facial hair repercussions.

9. What drew you to the idea of a “finishing school”? (via up coming SfSignal interview)

I’ve always been fascinated by the idea of girls boarding schools. I blame A Little Princess. However, I realized recently, as I was re-watching the BBC adaptation of Gaskell’s North & South, that I think this TV Series may be to blame. There is a line where Mr. Bell says, “Have you meet Miss Latimer? Just returned from Switzerland and very much finished.” Or something like. Mr. Bell is a facetious character and I think he is meant to be contemptuously dismissing both the young lady and the very idea of women being made into mere representations of a minimalistic social ideal. But the line has always stuck with me. It made me think about the very idea of sending girls away from home to be finished, and what a powerful thing that could become, were they to learn a whole new set of social skills.

Quote of the Day:
“I just sit at a typewriter and curse a bit.”
~ P.G. Wodehouse