This, my dear darling reader, is the amazing cover for the new limited edition of Soulless from Subterranean Press. Yes, you can finally purchase my first book in hardcover! 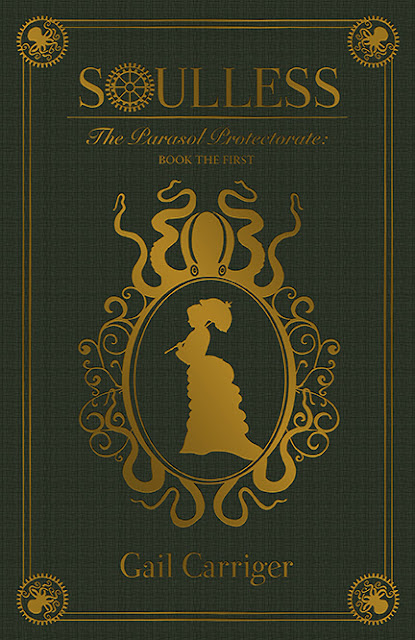 I know, spendy, but this is really it. Limited means limited, I will not be signing more and they will not be printing more. You want to own Soulless in hardback, this is your chance.

Every edition has a special beautiful dedicated page with scroll work that I’ve personally signed. The cover is embossed. There is also a fully drawn dust jacket by Michael Wm. Kaluta. Subterranean Press is widely considered to be among the finest specialty publishers in the science fiction, fantasy, and horror genres and I am ridiculously proud of this edition.

The wonderful folks at Subterranean have been working very closely with me to come up with a cover that I truly love. Not that I don’t love Soulless’s other covers, but I wanted something different. I asked for something very Victorian looking, as if it had come from that time period.

Some of the samples I sent along for inspiration.

I also wanted to take some inspiration from my artistic readers. You see what happens when you make fan art? Sometimes you become part of an art consult!

My team actually contacted the artist behind the first image and the artist did a redesign for us for the central cameo! Isn’t that cool?

Subterranean came up with three initial designs, we all agreed we liked the same one. There was discussion over including the octopus elements, and also making certain there was at least a hint of steampunk. I suggested using the “o” in Soulless and turning it into a gear. Poking about the interwebs I found this amazing cover for Julie Kagawa’s Talon. Isn’t it stunning? 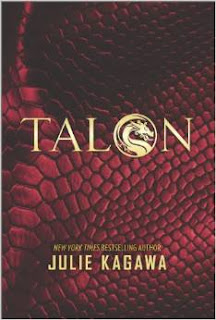 Then I mentioned that I’d greatly appreciate it if they wouldn’t do pink for this first book. Not that I mind pink, don’t get me wrong, but I feel for some pink is a barrier to entry. I thought they might go with wine or burgundy but I’m DELIGHTED to see they chose green. It is, after all, my favorite color. 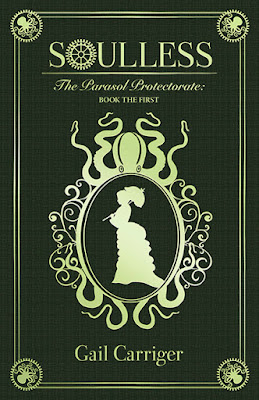 I do hope you guys love it as much as I do. I can’t tell you how pleased I am.

Will they be doing the rest of the Parasol Protectorate books?
It’s been such a great experience that I certainly hope so. Can you imagine what might be in the center of the cameo for the rest of the series? What color each book might be? It’s a matter of extracting the rights to do so. Also it will, I suspect, entirely ride on how well this run sells.

Is this really the only hardback EVER?
I can’t predict the future. Orbit retains the right to produce their own hardcover, but they haven’t in 8 years so I wouldn’t hold your breath. Also, if they did, they are likely to keep the original style cover and do it much as Prudence was done. This is the only one of this vintage look and type.

Is this really the first time ever that Soulless has appeared in hardcover?
No. There are various foreign language editions in hardcover. I think perhaps my Swedish publisher, Styxx, was the first to produce a hardback edition. (They used the original artwork for the fly, and a plain pink cover.) You could also get Soulless, coupled with Changeless and Blameless, in the omnibus edition for the SFBC. (That is out of print now, so you’ll have to find it used.)

There you have it, honest answers. Frankly, if you crave hardcover, you should get this edition because this is the one I would want for my collection. It reminds me so much of all those books I read in order to get inspiration for Alexia.

Your Tisane of Smart . . .
Young, Black, and Victorian: Wonderful Photographs of Victorian Women of Color

“That’s the problem with being able to think. It means you wish for things you can’t have.”

~ Tamora Pierce, Lady Knight: Book 4 of the Protector of the Small Quartet