Today I present to you, part of our occasional series of DVD extras . . . some of the books I used to research Timeless. 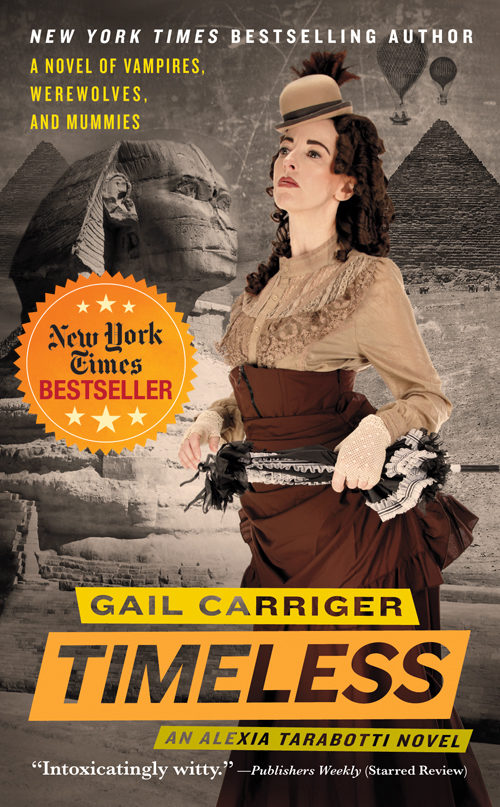 Roberts visited Egypt for the first time in 1838 and sketched much of the area, including archaeological sites, while he was there. He continued to do so on several subsequent visits. I used his sketches as a jumping off point (all be in 40 years early) as to the look of Egypt during Victorian times. This book was also valuable when writing my Alessandro’s short story, The Curious Case of the Werewolf that Wasn’t. 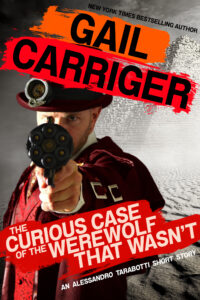 I use the eyewitness books a lot, they make for a good quick peek into the food and environment of a given time or place. They shouldn’t be devalued because they are children’s books but instead be viewed as great jumping off points. You can get them at any library, but I chose to buy mine.

I need more from this book on early transatlantic steamers but it at least gave me many of the terms and initial ideas I needed for Alexia and Conall’s sea journey. I ended up doing a lot of research into the Titanic. Even though it was built years after Timeless the massive amount of online information gave me insight into passenger manifests and the arrangement and titles for ship’s staff and officers on board any liner. The Rape of the Nile by Brian M. Fagan.

I read this book while researching the dawn of archaeology for a class back in my PhD days, and liked it so much I went out and bought it to own. It has flaws. Fagan dwells over much on Belzoni (obviously as the result of his own PhD work, or personal passion) and does not cover the rest of early Nile excavation in as much detail as I would have likes. But what he does do is cover some of the changing attitudes and politics in Egypt at the time of Victorian occupation, sufficient to my needs, so that I became familiar with the political climate and personalities and travel requirements of the antiquities market in the late 1870s. I also use a brief bit of information from this book in Etiquette & Espionage.

Similar to the Eyewitness books but newer, this book was one of a series I was given to review by Horn several years ago. I hung onto it because like the Eyewitness books I thought it might provide a good stepping stone and quick guide to the time. It helps that I already know a lot about Ancient Egypt. (For years I was going to be an Egyptologist before I went into Materials Archeology instead. I worked at the Rosicrucian Egyptian Museum as a volunteer during and after my undergraduate work.) Ancient Lives: Daily Life in Egypt of the Pharaohs by John Romer.

Possibly my favorite book about Ancient Egypt ever written. Despite its name this is more a chronicle of the excavations at the famous tomb builders village (Deir el-Medina) outside of Thebes. Decades old know, this still stands as one of the best and only excavations of artisan daily life, and one of the few within the Valley of the Kings.

An old publication from 1996 so we must admit that much additional information has been added over the years. However, this book provided the basics I needed for my fictional reconstruction of Matakara’s character (and name, of course). I drew her personality, appearance, and a selection of drones from the information in this book. 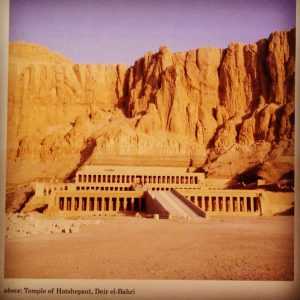 I also had a copy of National Geographic’s September 1998 special on the Valley of the Kings. Much of the information was outdated or popularized into uselessness but the photographs of the landscape and maps of the valley were invaluable.

Some Inspiration for Alexia in Egypt . . .