On the Unlikelihood of Book Options Becoming Films (Important for Writers)

My dear Gentle Reader, I searched so hard to find someone else’s blog post on this subject so I wouldn’t have to write my own. I searched and searched until I realized I was spending more time searching and asking around than it would take to write the cursed thing, so I might as well do it myself. 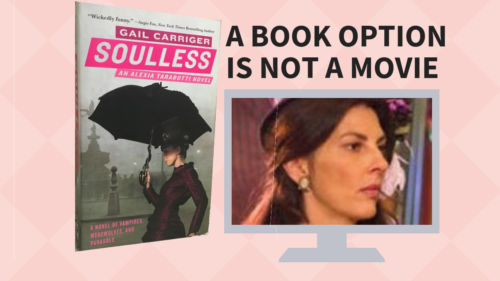 One of those “she who sees a problem is responsible for the solution” situations.

An Option DOES NOT a Movie Make!

I don’t want to be a downer, it’s not really my thing, but I am a realist.

Yes, the Parasol Protectorate books have been optioned. I talk a bit about the forst one here, when it originally happened in 2012. And here’s a more recent option announcement where I break down my team, their roles, and answer your questions about the process.

So where is the movie?
When does the movie come out?
Doesn’t the fact that it has been optioned mean we get a movie?
I want it!
I want it NOW.

(OK so my options are usually for TV, but leaving that quibble aside…) 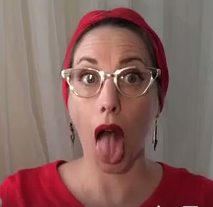 No. No it does not mean you get a movie.

No movie for you!

I’m not going to sugar coat it.

A friend who worked in TV told me on the DL that accepted industry guesstimates were that:

of one hundred options a production company took on, ten would move to script stage and, of those ten, one would actually get made.

That means 99% die in production.

“In media industry jargon, development hell (or development limbo) is a state during which a film or other project remains in development without progressing to production.”

“Someone hands you an envelope of cash and a puppy. The puppy has a 99% chance of dying in twelve months. This is called a movie option.”

Here’s another thing to consider…

“The upper female quadrant—shall we call it Apple Pie?—is composed of women over twenty-four, like me. We are the least frequently targeted quadrant because of our penchant for waiting until we have unloaded the dishwasher and done every other imaginable errand we have to do before we leave the house and go to the movies.”

Do you know what else that Apple Pie quadrant is?

Yes, I know there are exceptions out there *waves* but there is a reason the Apple Pies are also voracious book consumers. Because a book is something you can pick up and put down again.

(Although I try to write in such a manner as to make the putting down part very difficult.)

“The one thing human beings do not do well with is abundance.”

What are you doing Gail? You’re talking anyone interested in optioning any of your other books out of it.

My dears, I certainly hope Hollywood is at least as realistic as me about my various properties because, frankly, a loss of any one of the above elements (in the interests of economy) would make them no longer really my books.

Which brings us to the final aspect of this situation. Once the option is sold, the author has little to no control over anything from production to casting to script.

But they are YOUR books, Miss Gail!

Did you see the Wizard of Earthsea TV Series?

I rest my case.

Also, this planet money podcast episode, about halfway through goes into perfect detail on how a movie option works for laymen, if you want to listen to the matter.

All the above articles are a little old.

If anything, here is the USA, it is has gotten more difficult for books to become movies (or TV shows) rather than less difficult. The globalization (or perceived globalization) of the film market means action-based, low-dialogue, tent-pole movies are increasingly profitable and other movies are, well, not.

So far as TV is concerned, streaming platforms have changed things, but not as much a you think. There is a reason content out Asia is shifting the viewing world (like k-pop with music). As exciting and unique as many of these shows are to American audiences, at the back end it has little to do with what’s being made so much as HOW it’s being made.

If you are genuinely interested in this subject and the weird reality of how Hollywood works, I cannot recommend Sleepless in Hollywood: Tales from the New Abnormal in the Movie Business by Lynda Obst (2013) highly enough. I found it utterly enthralling. Also, Mark Kermode has a three part BBC podcast series on the Business of Film. High production values and well worth a listen.

Finally, here is a great Stuff Mom Never Told You on Podcasting Women: Chicks Who Script. Has a more positive spin than one might think.

Your Infusion of Cute . . .
‘Adorabilis’ Octopus on Display at Monterey Bay Aquarium

Your Tisane of Smart . . .
Why Letting Women Take Tea Breaks Was Once Considered Dangerous

Your Writerly Tinctures . . .
The Pirates of Paternoster Row Ruses and Reprints in the Lady’s Magazine

“We cannot judge the business by what happens during Oscar Season. It’s like judging your own work behavior only by the times your boss is in the room.”