There are all sorts of rules for introductions in Victorian society, Gentle Reader. 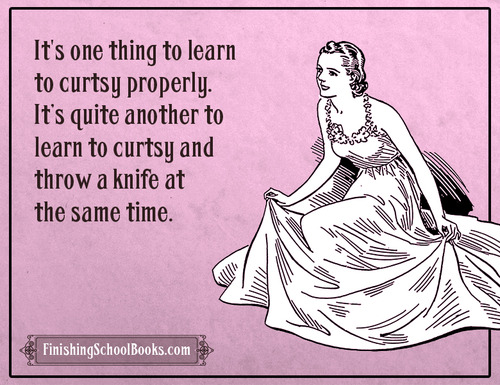 Basically, the person whose name you say first is the more important person, to whom the other is being made known. The inferior is introduced to the superior.

The duke outranks the doctor. 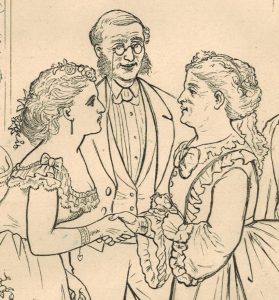 However, this can get very confusing because aside from rank and social standing (see the Table of Precedence or precedence of attendance) there are also other rules to abide by (see laws/rules of precedence).

A younger person is introduced to an older person.

“Mr. Rabiffano, Mr. Shabumpkin would like to make your acquaintance.”

A man is introduced to a woman. 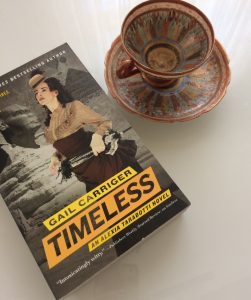 Alexia struggles with just such a situation in the fifth book, Timeless. She must introduce a young lady werewolf whose rank she knows, to an older noble vampire who holds rank (but she is not privy to the particulars). Because he is a vampire and it is his house, she gives him precedence. But she could have reversed the order, especially if she wanted to give insult to the vampire or establish her own allegiance with the werewolves.

A world of damage can be done or avoided simply by reordering an introduction. 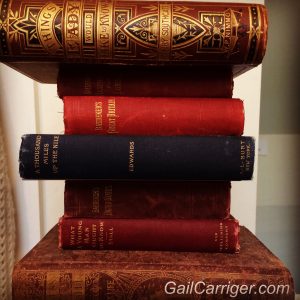 I never go into any of this in my books, because it is mere minutia to those who are reading for plot and story. But it is one of those things that, if you know how the era works, sometimes you can read that I am having fun with the undercurrents that may result. It certainly can effect character. 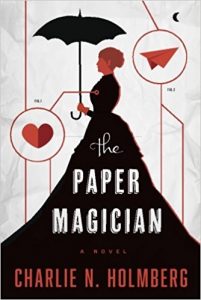 The Paper Magician by Charlie N. Holmberg is possibly the book associated with my Alexia series more than any other. It is on sale today for only $1.99 (USA ebook) so worth a try if you’re pining after already finishing RTW.

Coop de Book: Gail’s monthly read along for November is Romancing the Werewolf. 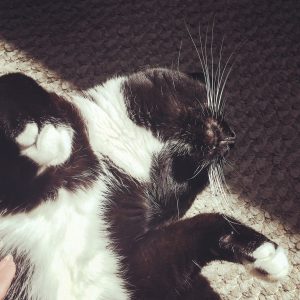 “It was one of those jolly, peaceful mornings that make a fellow wish he’d got a soul or something.”