Why is writing a book so darn time consuming? (Important for Writers)

I get one particular question a lot, Gentle Reader. And I have sort of answered it in the past in different forms. What’s my daily work schedule like? How do I write? What’s the professional side of being a writer like? But I realized recently what I never really addressed was:

Why is writing a novel so darn time consuming?

So here it is, for me, what the manuscript process is like from soup to nuts. (Or as the Victorian’s have it: from sherry to brandy.) I tend not to call it a book until it is printed. FYI in publishing it’s occasionally referred to as a property.

Basically I sit down with my story bible full of midnight (and mid shower) notes, clippings, research thoughts on characters, courses of inspiration and I imagine a backbone. This includes plot points, romances elements, revelations, passage of time, conversations, gatherings, action sequences, and a balance of single person, dual person, and multi-person scenes.

This involved a lot of staring into space and takes me about a week. 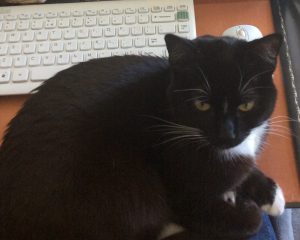 For me this is by far the hardest part of the writing process, squeezing the words out. I write 2000 new words every work day. First I re-read whatever I wrote the day before (and only that, no more) and do a quick proof, amend various repetitions, edit a little, rediscover my voice. Then I lay down new words. I am allowed to write far future scenes and work on the outline as needed but otherwise I must keep flow.

I use TK in the text for points requiring research.

After this, I like to let it sit for at least a week, ideally two. (In the good old days it was a month, but now, deadlines make that impossible.) 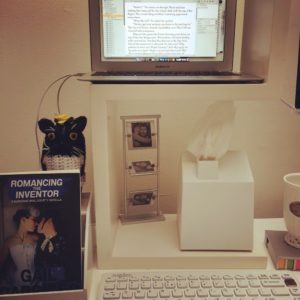 This stage I go through and fix all the TKs. I usually have research, consistency checks, as well as pickup editing from sections that didn’t get caught on the stage-by-stage read through. I try to catch repeated information, plot holes, and so forth. Rarely do I have major rewrites but I usually have at least one page of notes to check through from the beginning to the end. These include consistency checks, new foreshadows, and other changes that were dependent on later revelations I didn’t know about in the outline.

This stage I am either attempting to cut 10-20 thousand words, or add in about that many.

I move the manuscript from Scrivener to Word. Then I do a full spell check and proof for any errors I can spot. I fix any remaining TKs and double check notes made during the previous passes. This is mainly a read through pass.

This can be bundled in with the previous pass and takes 2-3 weeks.

This is when I involve my alpha & beta readers. If I have my ducks in order,  I have time to print out the manuscript and pass it to each alpha reader at a time. They read for content (that is, not interested in typos and so forth) and consistency. They tell me if my characters are consistent, illuminate plots holes, indicate what’s funny and what isn’t working. If I am lucky it makes it to all three but it can be just one or two of them as they have busy lives.

Sometimes I don’t have time and I skip alpha phase and go to betas. They get digital and pass from one to the next, leaving comments in the margins. They are reading specifically for world consistency and character consistency across books.

During this time I take a break from the project, unless one of the betas wants to have a discussion. Sometimes I am on a tight deadline and this is the draft that has also gone to my editor.

This takes 1 – 2 months, during which time I am usually traveling of editing or writing something else. I prefer not to be writing a new project in the middle of editing an old one, but often I don’t have a choice. 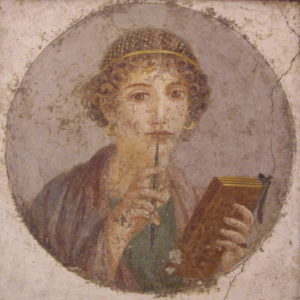 I go over the edits from my alpha and beta readers, change things I feel are necessary and make any alterations I thought up while I was on break from the project. That’s why I like breaks so much, the back of my brain gets a chance to percolate.

My first readers often catch my writer’s ticks and my historical flaws in word choice etc, so there is a lot of find/replace at this stage wards (change to ward), figured (changed to determined), just (changed to simply), and rather (delete too many) to name but a few.

Ideally I turn it in to my editor by my deadline. This is what I mean when I say “on deadline.” There are many other deadlines during this process but this is the big one.

This draft takes about a week and should tell you that at least three sets of eyes and five drafts have passed before my editor even gets the manuscript. 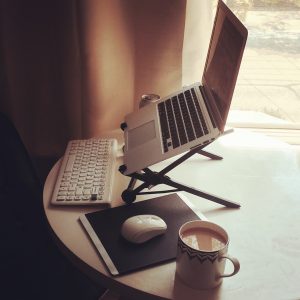 My traditional editor can take from two weeks to a month to turn the manuscript around and send it back to me. My indie DE takes a week or two. For indie stuff I will sometimes switch the DE with the beta reader step, as it’s a matter of scheduling.

If timing is good, I’m on book tour for the previous book (or two) while this is happening. She sends it back to me with an edit letter noting all the things that need fixing, comments in the margins, and typos fixed.

Usually, I’m supposed to turn it back around in 2 weeks. 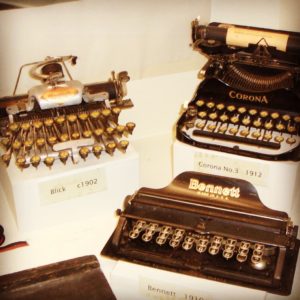 If the edits are too much I ask for an extension. Often I have a long phone conversation with my editor about possible solutions to the problems she has identified. The editor spots the problem but the author has to find a solution. I can often see several approaches and I like to run the options by my editor, so she understands resulting implications or each possible change.

Together we decide on the approach. Then I do the fixes and turn it back in. This step is area and only happens with my tradition books.

Takes from 2 weeks to 2 months.

For two of my books it took longer (Blameless & Prudence.) 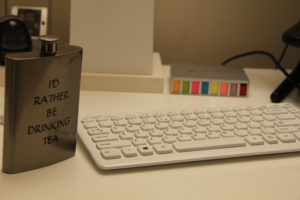 This is usually when I get line edits from trad. These are grammar and sentence structure stuff. Unless the editor didn’t like some of my fixing in which case there’s one more rewrite pass. Line edits means typos, sentence structure, word choice and so forth.

These take a week or two.

After that the draft process is done and the book goes into production.

Used to be that this was a paper manuscript but now it’s done electronically. The manuscript has been handed off to a professional copy editor who looks for line-by-line errors but also consistency (internally and compared to previous books), whether I obey house rules for language and grammar (set by the publisher), and other issues.

There are usually questions in the margins for me to answer.

Often copy editors will change the text to be grammatically accurate without consideration of the author’s voice, or whether the sentence is dialogue. (In case you didn’t know, we don’t speak the grammar same as we writes it.) When authors are complaining about copy editors (and we often are) this is usually why. I try to keep an open mind. After all, they are copy editors, it’s their job to try to catch everything. I just write STET in the margin.

Often, however, it’s at this stage I realize if I am having grave errors of communication with a reader who doesn’t ordinarily read SF/F. This kind of error has to be fixed. Usually, an author has the same copy editor (and also translator) for a whole series.

I like to read my manuscript out loud to an empty room at this stage, it helps me with tone and word repetition and it activates a different part of my brain. This is my last chance to catch any major errors. It also can be rather hilarious.

Copy edits are usually a 2 week turn around. 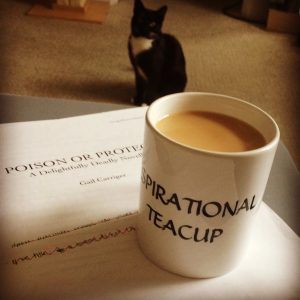 Sometimes also called the type set pass, or galley stage, this is the final stage of the manuscript process. These are still mailed in. Often there is a tight turn around of a week or less and the document is overnighted.

This is one of the hardest stages.

The book now looks the way it will when printed and I have to comb through to see if any of my STETs from the copy edits have been ignored. Or any lines that have been dropped. This is hard to catch buried in 75-120,000 words. Also I often see errors, in the new lay out, that I didn’t in previous passes.

But I can only change 10% of the manuscript.

Sometimes I push the limit because I am a perfectionist, but it’s a bother (and expense) for the publishing house so I try hard not to.

Usually they ask for a week turn around.

For traditionally published books the manuscript, at this take is out of my hands and beyond my control. For indie, now the book goes into production. Cover art, formatting, and uploading to distributors. But that is a whole other list!

There you have it.

This is just dealing with the words inside the book (as opposed to cover copy, blurb, online promo, and so forth which I often also proof and review).

Part of what makes this time consuming is each stage is interrupted by other business, events, illness, life. When that happens it can take me a day or two to get back into the groove, rediscover my voice, and that affects consistency.

I have a whole blog post about what’s going on when I’m not writing.

{What is Gail’s Book Group reading for July 2014? Blood and Chocolate by Annette Curtis Klause ~ YA werewolf from before it was a thing}

Your Writerly Tinctures . . .
Special Needs in Strange Worlds: Mur Lafferty on Limitations for the Supernatural

Dave and I talk about the movie Mean Girls bullies, victims, and cyber bullying. I did a bunch of research on this for the characters of Monique and Preshea in the Finishing School books.

“The two school bullies that used to flourish their silk pocket-handkerchiefs in my face, and with their ivory-handled, four-bladed knives punch holes through my kite – one of them is in the penitentiary, and the other ought to be.”

More behind the scenes stuff? Join the Chirrup
Tags: Important For Authors