My darlings, here is a special behind the scenes look at the pack house in the San Andreas series that features prominently in all the books in the series, but which I really had to puzzle through and lay out for The Enforcer Enigma. 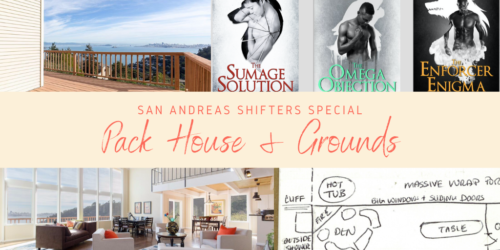 By request over email (which I promptly lost so I hope they see this) here is a very bad, not to scale, sketch of the general lay out of the pack house and grounds in Sausalito. Yes, it’s based on an actual house. 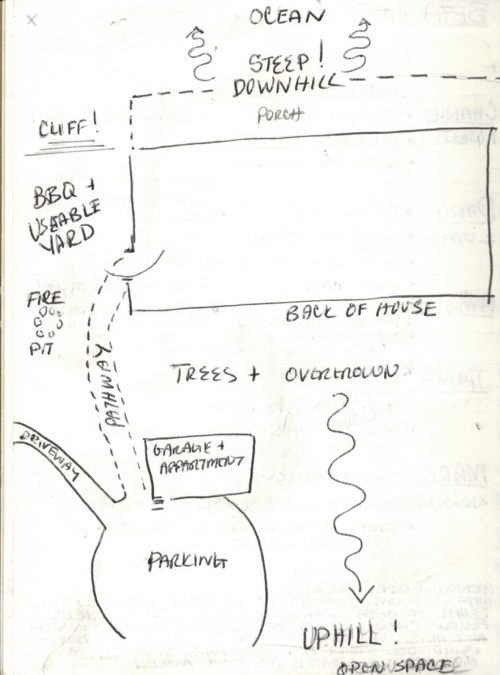 I also did a layout of the interior of the house, now this is basically just how it was at one moment in time. Remember there are new relationships forming so different people in the rooms, and the whole thing is being remodeled throughout most of the books so…

Also not to scale and just a rough layout so I can keep track of things in my head. But you did ask. Or at least… one person asked. 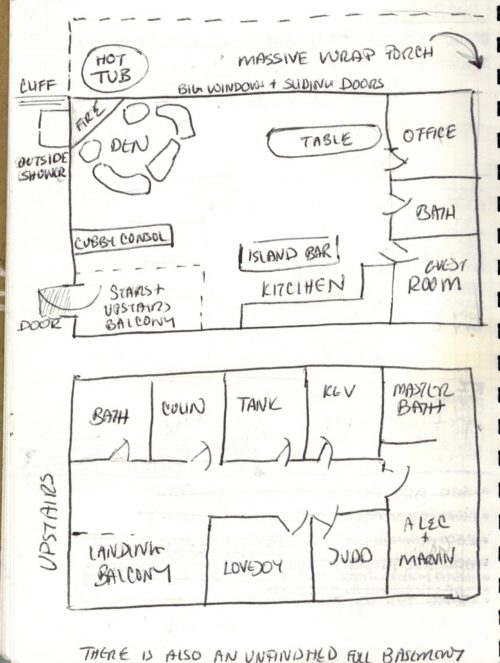 Now here are some images to give you an idea on the feel. This isn’t exactly right for layout, but it has the windows and the light and everything that I wanted to convey.

Also, this isn’t Marvin’s decoration style, so you’ll have to use your imagination there. But hopefully this will help… 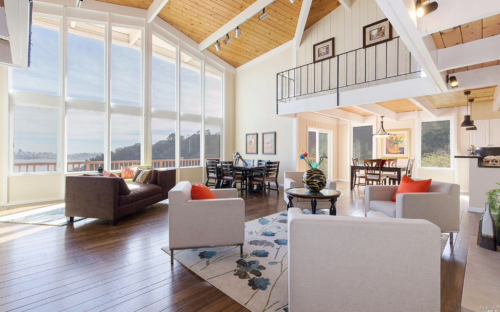 This is what you’d see, as you walked in the front door and looked to the left.

Remember the den part is sunken around  fireplace in the left hand corner of the big windows, so this furniture lay out is all wrong, but you can see the deck, windows, and view that I talk about a lot in the books.

To the right and ahead of you would be the kitchen, and Lovejoy’s domain. 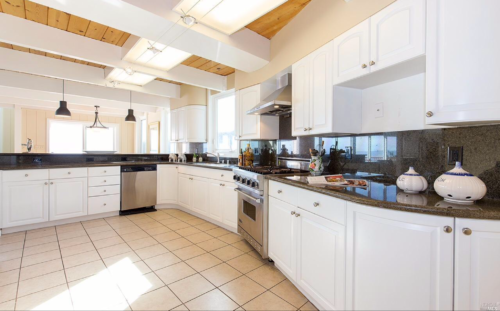 And since the house is built up against a cliff/very steep hill, the main level you walk in on also looks out with a free standing porch. See I grew up with this kind of architecture so it’s really easy for me to imagine houses built, step like, up hillsides. So here’s the big wrap around deck that takes advantage of that. 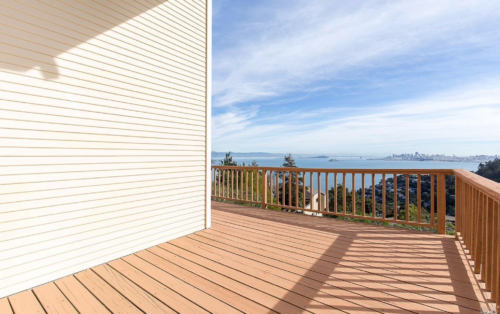 Putting the the deck and remodeling the main room with huge windows is one of the first thing the pack does when they start to rebuild the house. Partly because werewolves in this time period do not have to protect themselves from sunlight, at least not as much as the Parasolverse, and partly because it changes the dark gloomy look of the place. Adding the deck also makes a big difference, and I always see shifters as incorporating the outside in as much as possible.

To make it comfortable for Max to visit and spend time in, they redesign the barn like monolithic mansion, as it’s called in The Sumage Solution, to be more farmhouse friendly ~ warm yet modern. But also they need to accommodate quite a number of pack members, as well as assorted new additions over the years, so they remodel with flexibility in mind.

Still I imagine they kept the rustic ceiling slants upstairs in the bedrooms, like so: 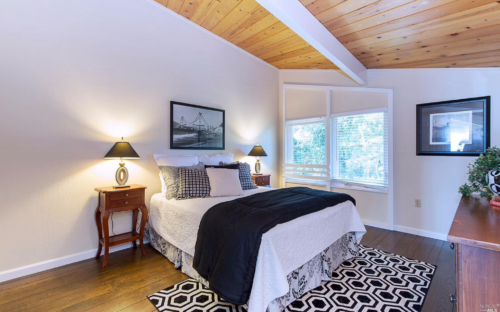 I hope this helps you picture the space, if you wanted that.

Yours (ever fascinated by architecture an interior design), 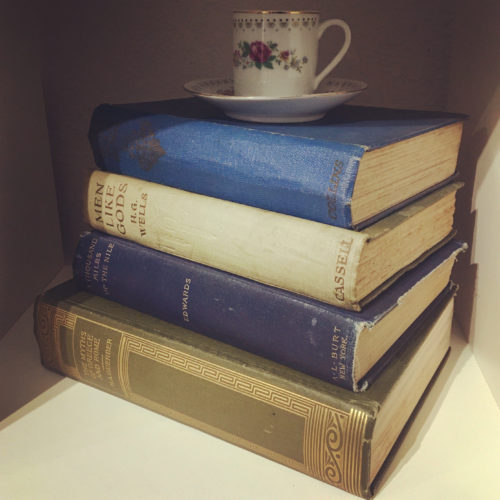 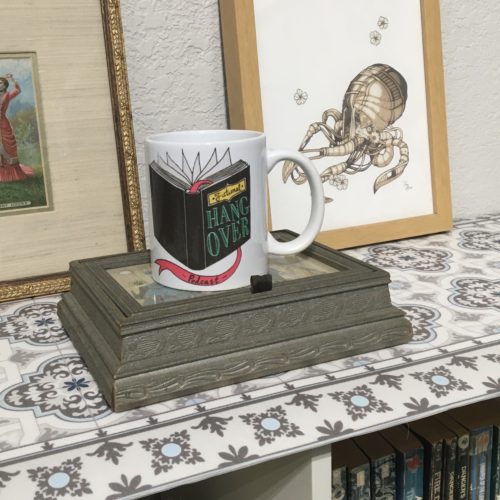