Pronouncing Names & the Meaning Behind Them, Plus How does Gail Choose Names? (Occasional FAQ)

A fun little conversation over on the Parasol Protectorate Facebook group sparked this blog.

So thank you, Gentle Facebooker, for the prod in the articulate direction. 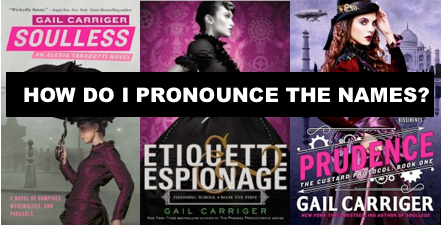 Here’s something readers don’t know: authors are not often asked about pronunciation in their books. Usually the narrator is handed the manuscript and left to flounder.

My traditional publishers sometimes ask, the narrators sometimes ask (if we are allowed contact with each other), but not often. Sometimes no one knows to ask. Often I assume they everyone just knows (see Kirt in the San Andreas Books and the word “Marin” which I thought everyone just knows). Like my last name, Carriger, sometimes it just never occurs to me that there is more than one way to pronounce a thing. With narrators who are British, I generally let them have free rein.

Sometimes, honestly, I don’t care. I figure audio is partly a new art from, and therefore an adaptation or a reinterpretation. I’m not precious about my books. I don’t like to fuss.

Mispronunciations, therefore ARE NOT THE NARRATOR’S FAULT.

Please don’t negatively review a narrator because they pronounce something wrong. It’s a horrible thing to do and shows mainly that you do not understand how the industry you’re consuming works.

My character names & how I pronounce them in my head 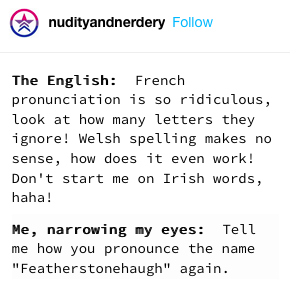 Here are some tricks I use when choosing names: 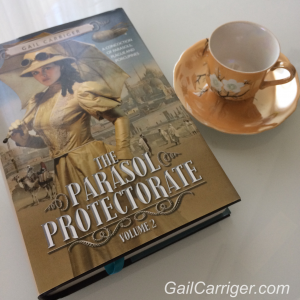 The Opinion of Others

I chose this name thoughtlessly and I was not aware of the modern history behind Black identity and cleanliness. If I had it to differently, I would not have chosen this name. Since learning of this mistake I’ve donated proceeds from The Finishing School series to the NAACP Legal Defense and Educational Fund.

I’ve no excuse, I’ve actively avoided modern American history my whole life, my interest in history tends to end when corsets do. His real name, Phineas B Crow is a reference to a friend named Phineas (by permission) and the Jim Crow laws, since I was hoping readers might look into understanding them more. Again, I apologize for clumsy handling, I will strive to do better.

I messed up again. I was genuinely thinking of Mandate from Heaven and chose the wrong flipping historical term. My brain is dumb. I wrote an apology short story for this one. Proceeds go to The Seventh Generation Fund which supports Two-Spirts and LBGTQI identified Native Peoples and The Marsha P Johnson Institute for Black Trans Awareness. But if you feel personally wronged please email me and I will send the story to you gratis.

Yeah, I suck. I will try to do better.

If You Like My Books, Try These Black Authors (Gail Carriger Recommends)

“You know, sometimes I wonder if the reason the Rethwellan royal line has so much trouble is because of the wretched things they name their children.”

~ Mercedes Lackey (By the Sword)