It’s hard for me to turn the steampunk hunting instincts off, Gentle Reader. I’m like a truffle pig in this particular matter. Snuffle snuffle snort . . . steampunk! 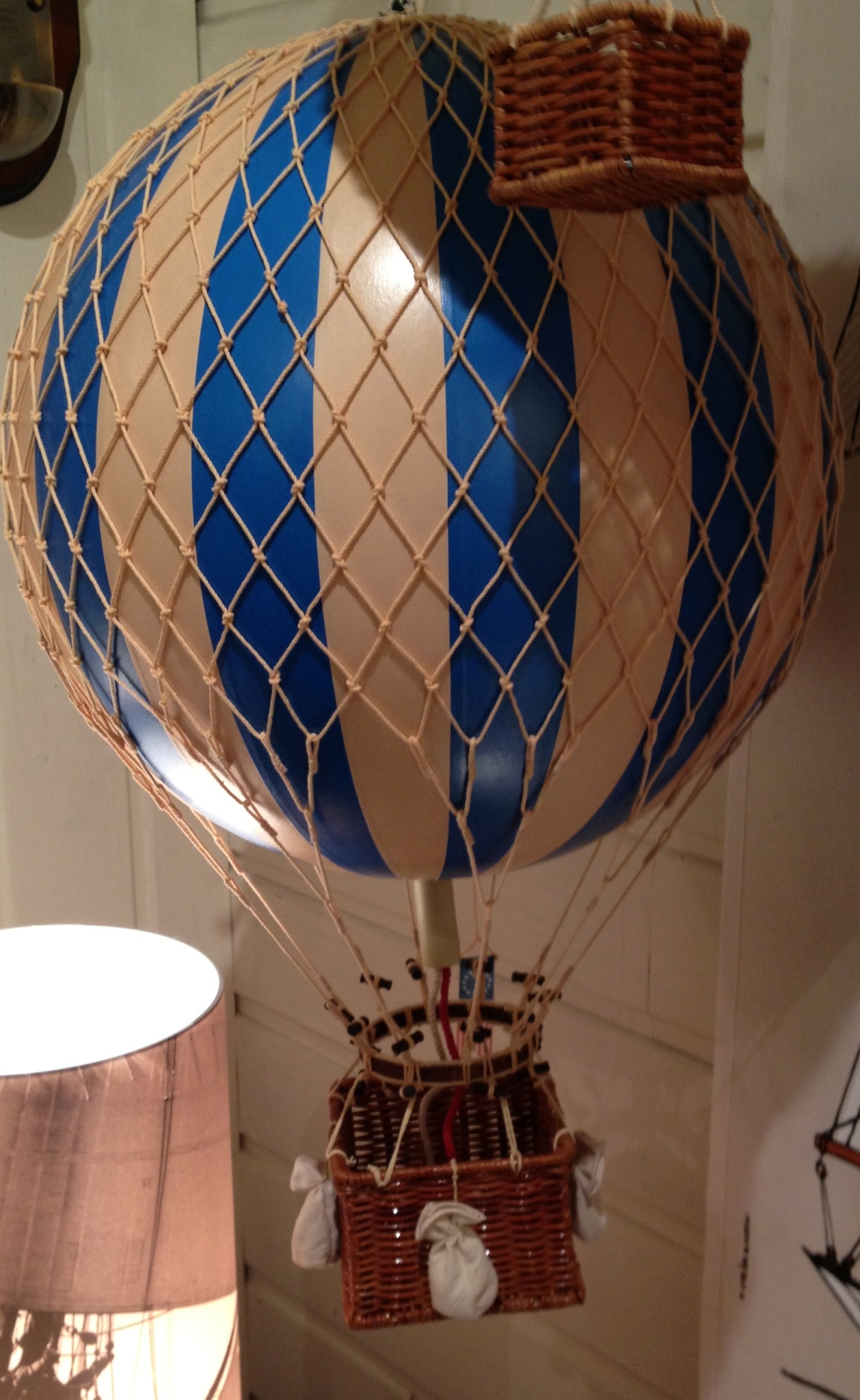 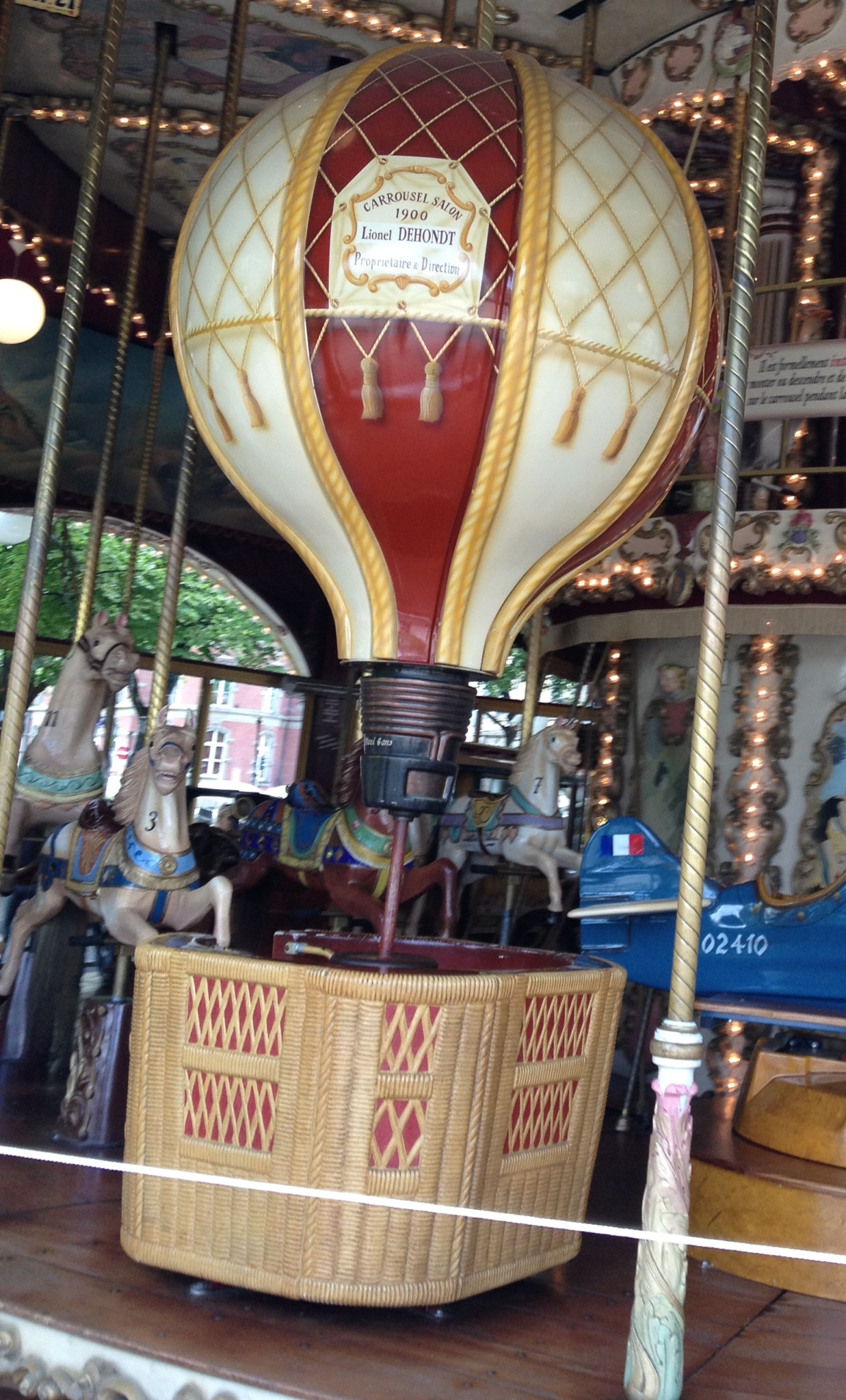 I thought there would be a more propitiatory connection to early flight, all my research suggests the French were once particularly enamored of floating about full of hot air, as it were. But I did see some fun items. 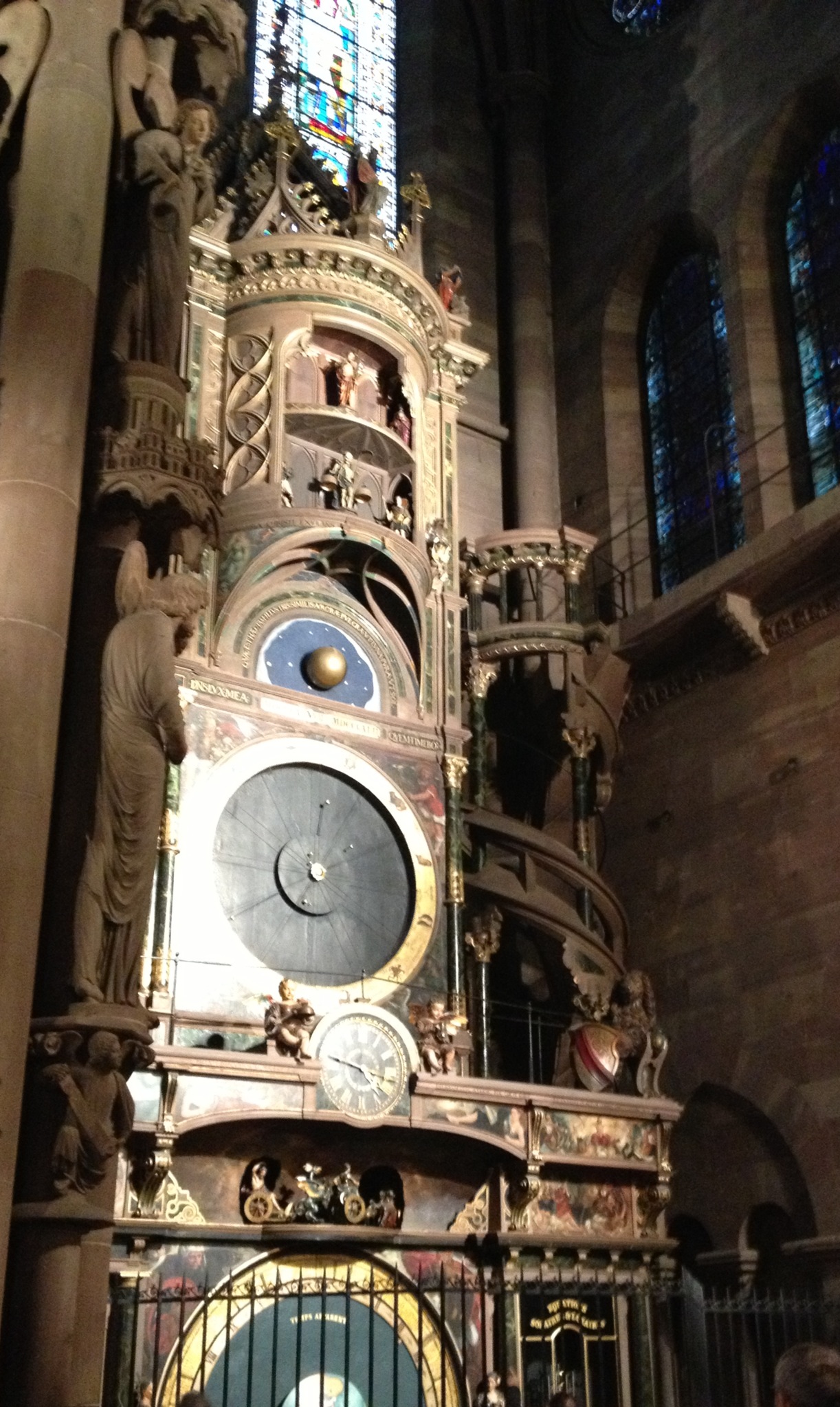 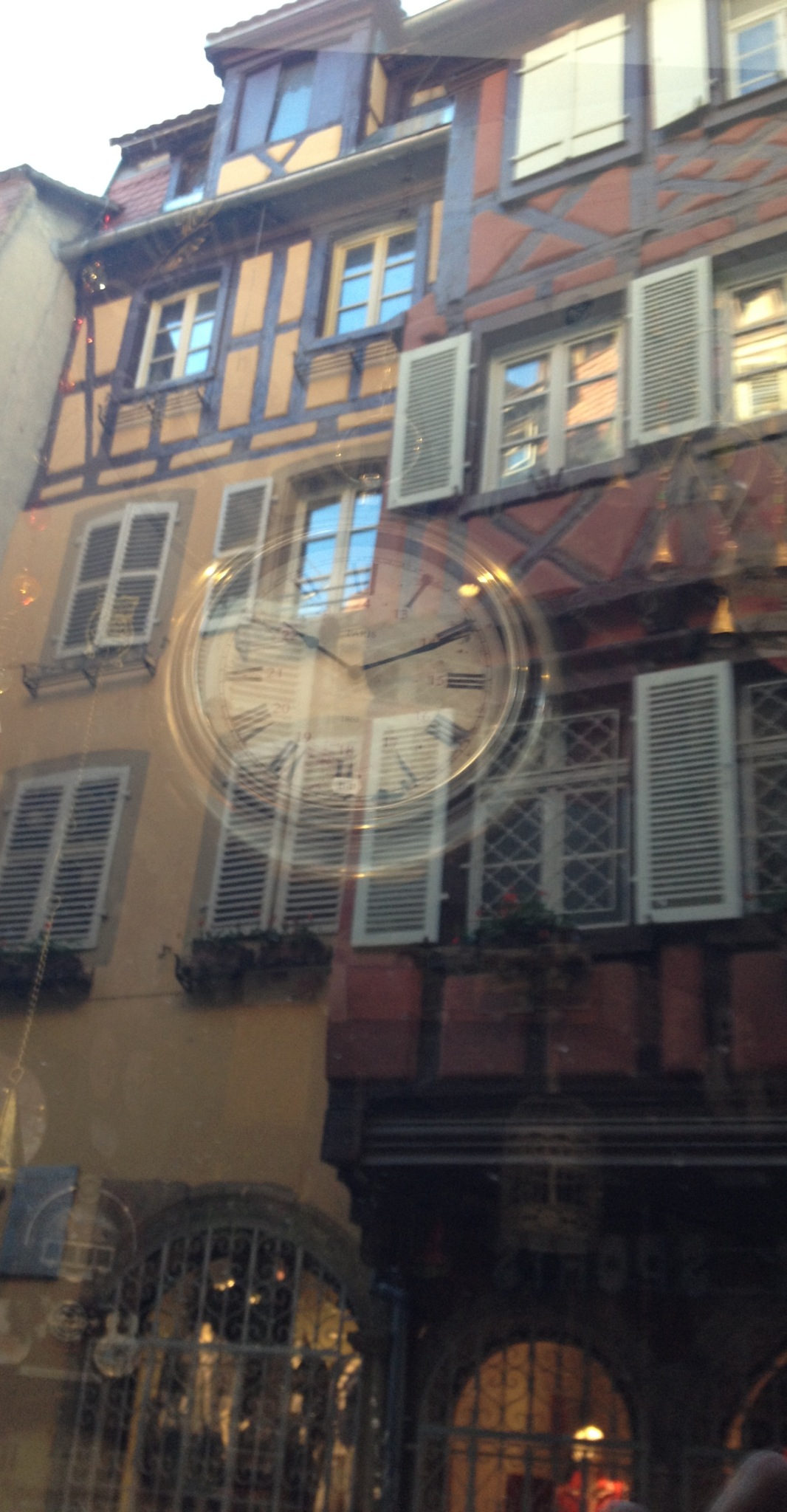 Some amazing clocks inside cathedrals, outside churches, and in museums. 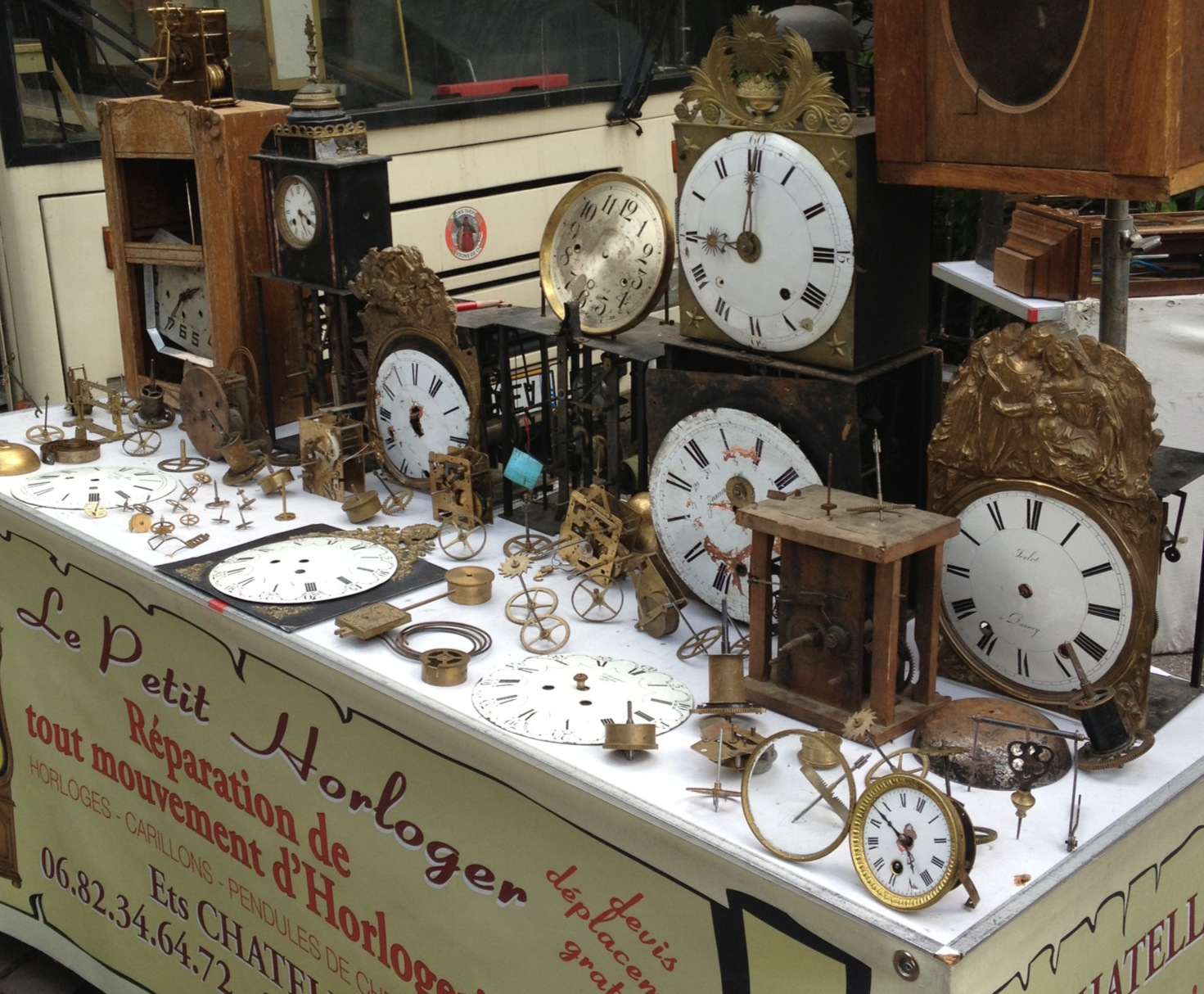 The local market in Colmar had a clock repair station, rather charming. 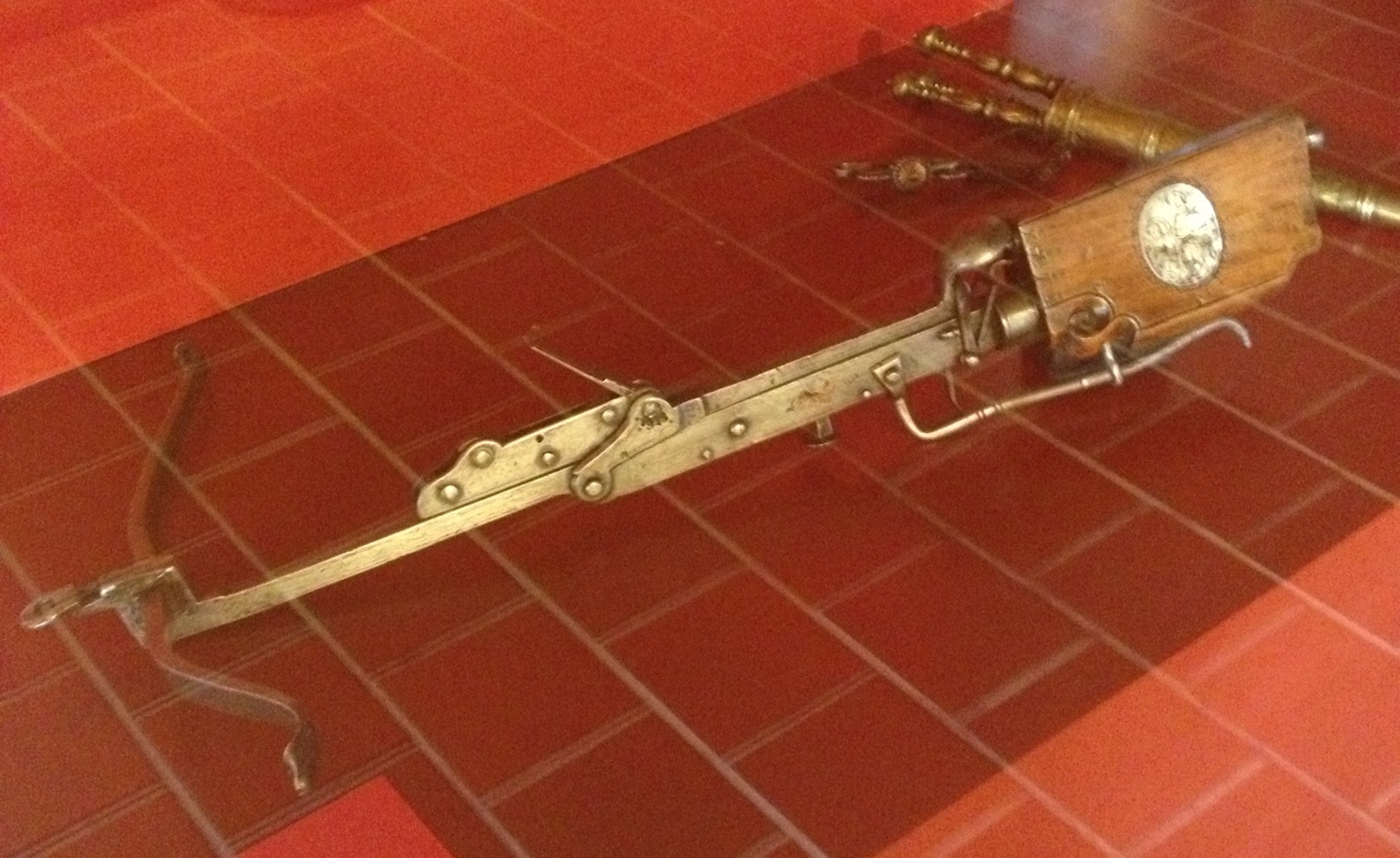 Perhaps the crossbow isn’t quite steampunk, but there is something deliciously mechanical about this particular weapon. 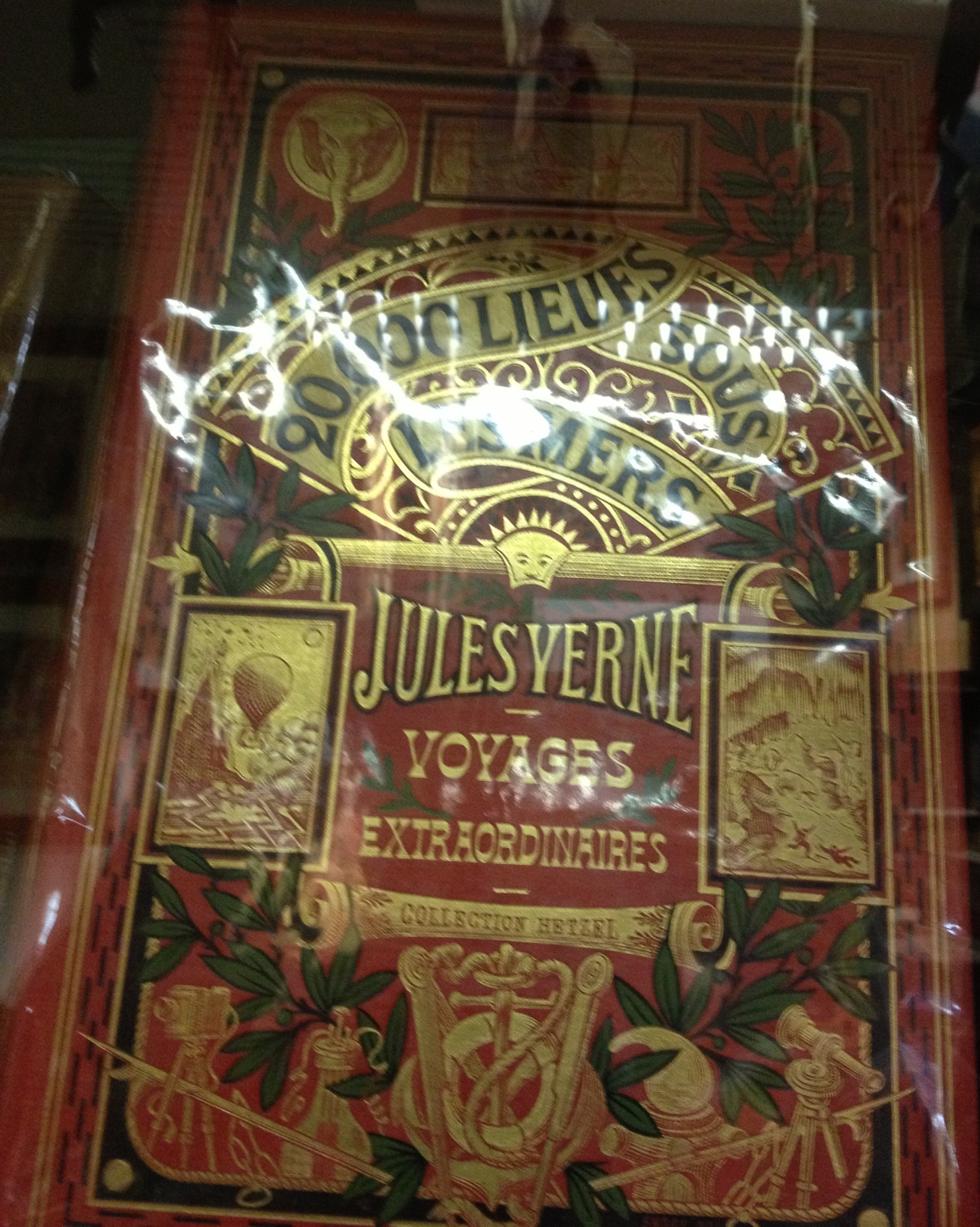 Jules Verne, godfather of us all. We found ourselves in this fab old bookstore and whittled away many hours looking at the pretties. The fanciest older books were all either religious or Jules Verne. I don’t quite know what that says about the French but I found it intriguing. 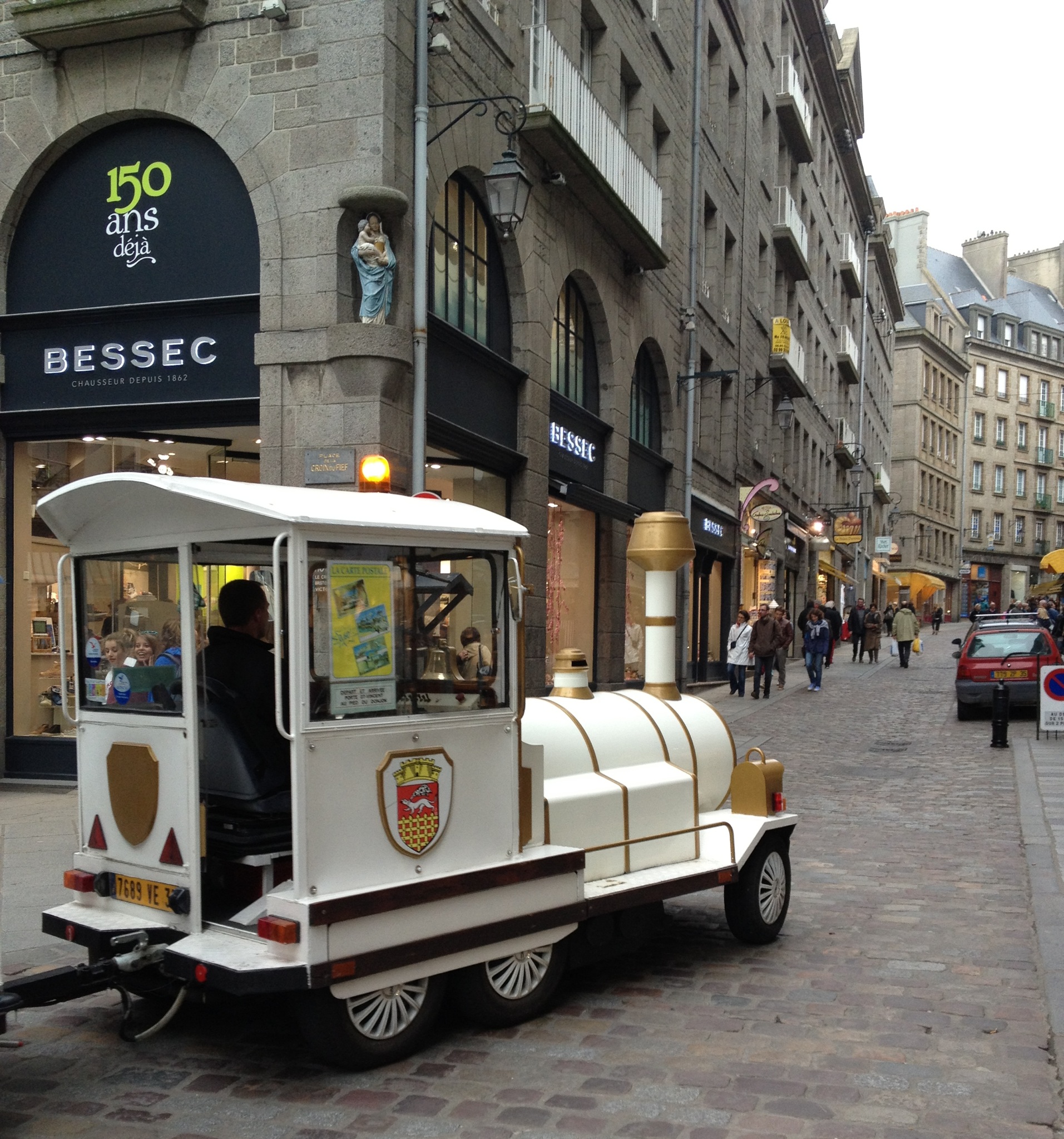 Not on tracks, mind you, which means they aren’t really trains but they are cute. This one was in St. Malo. The AB and I rode on one in Colmar. Very silly. 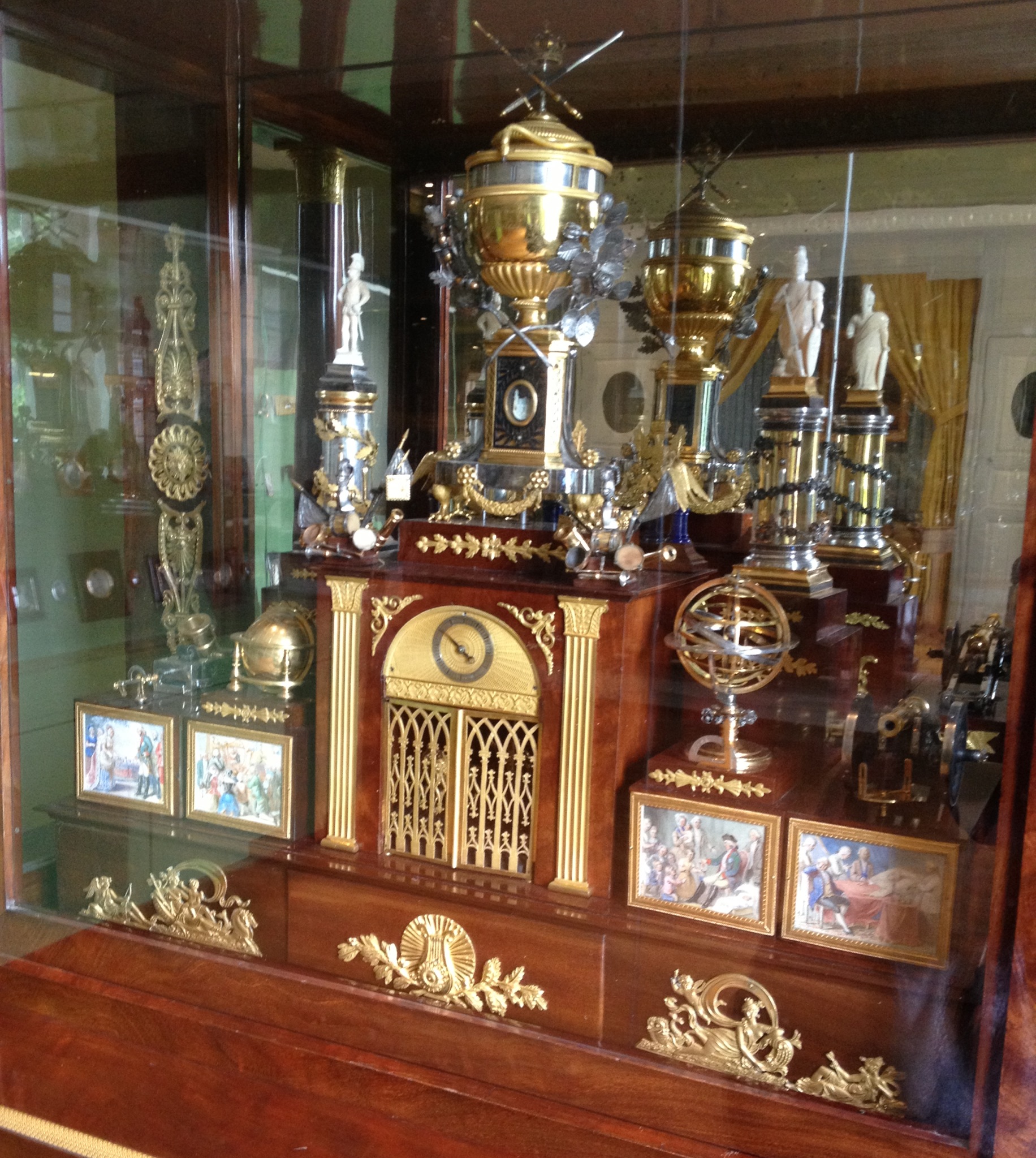 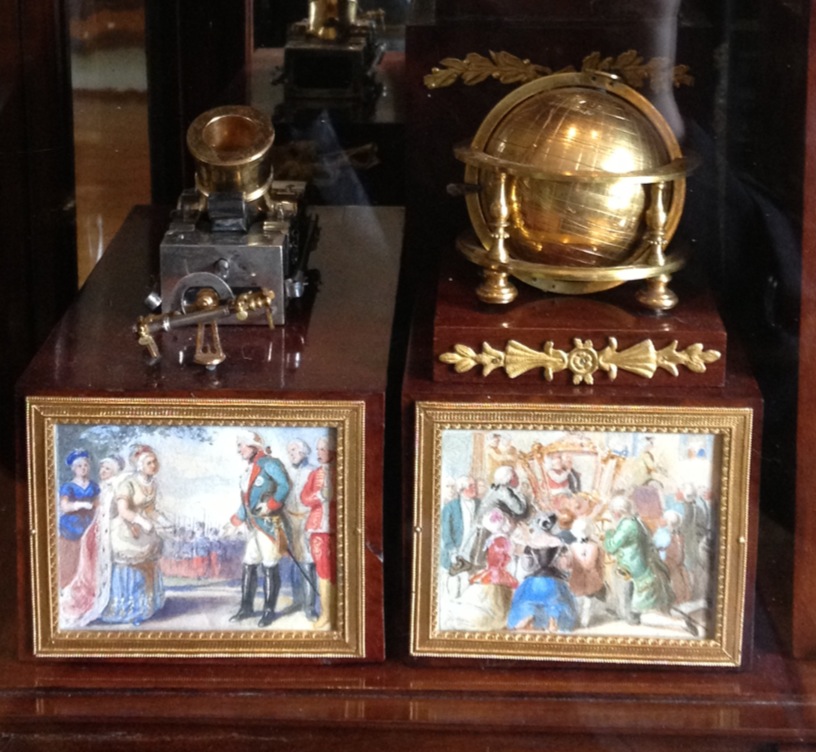 These are Renaissance or earlier objects, so more clockpunk than steampunk, but I was still drawn to them at the museum in Colmar. They just all look like they do such interesting things. Even if that thing is just to sit and look intriguingly useful. 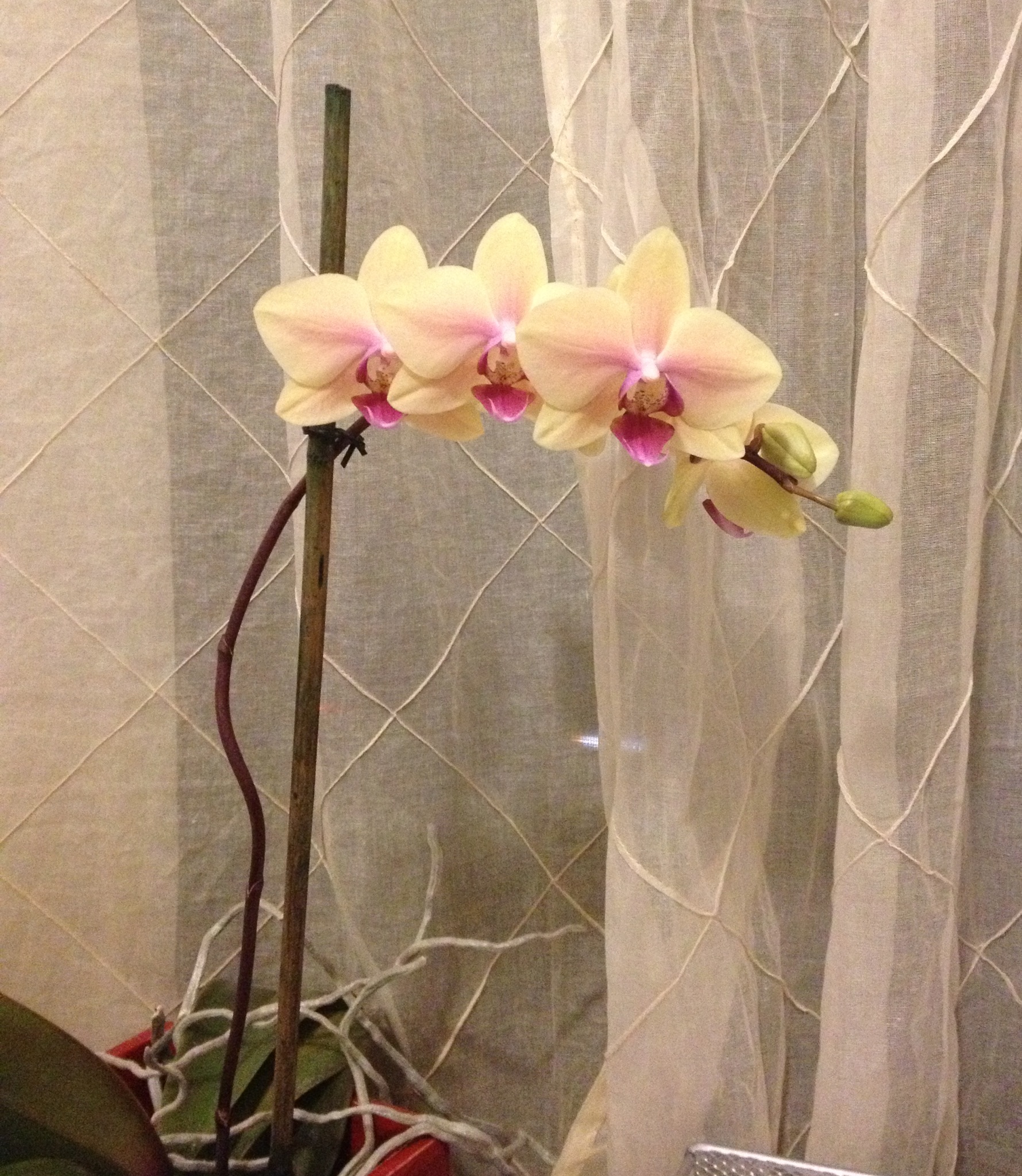 The Ambassador survived my trip away 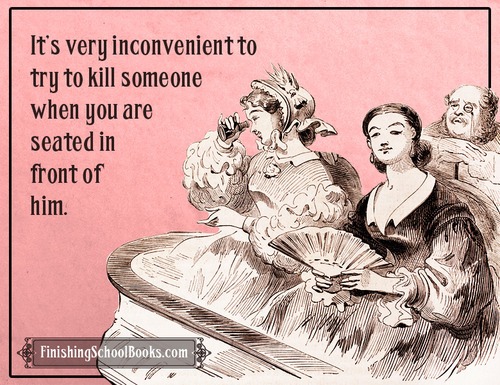 Your Writerly Tinctures . . .
The Book Wranglers say of E&E that, “The pure charm radiating from this book (and, hopefully the series to come) is palpable.  Pick it up, read it once, then read it again – it’s that good and it’ll have you laughing the entire time!”
(This review is one of the cutest I’ve seen, with gifs punctuating it that were charming.) 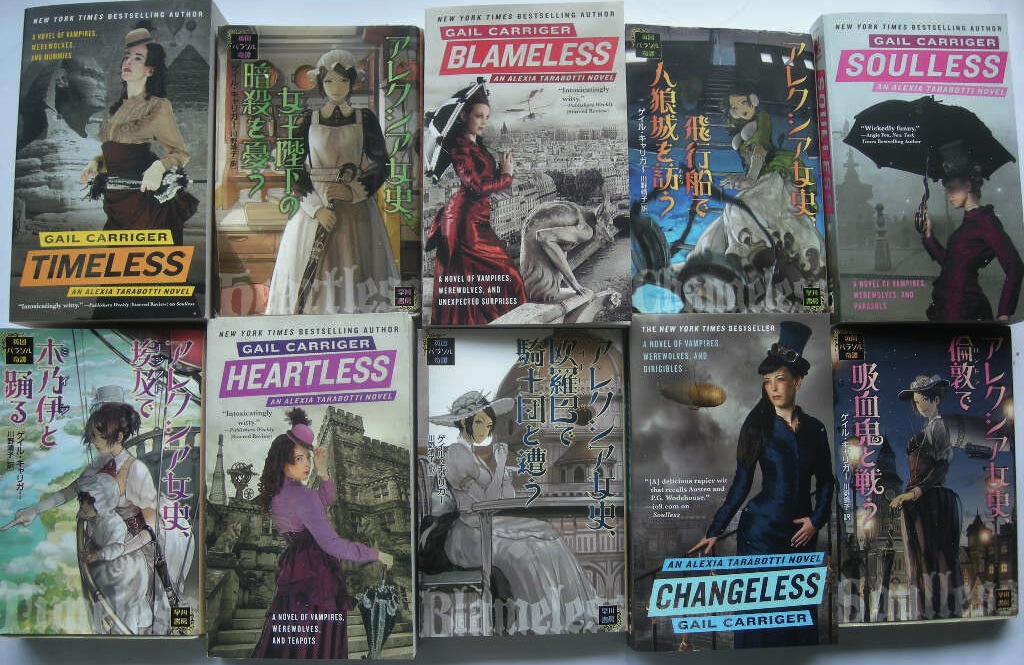 Quote of the Day:
“To be sold, an Erard grand piano, the property of a lady about to travel in a walnut-wood case, with carved legs.”
~ Godey’s Lady’s Book and Magazine November 1872 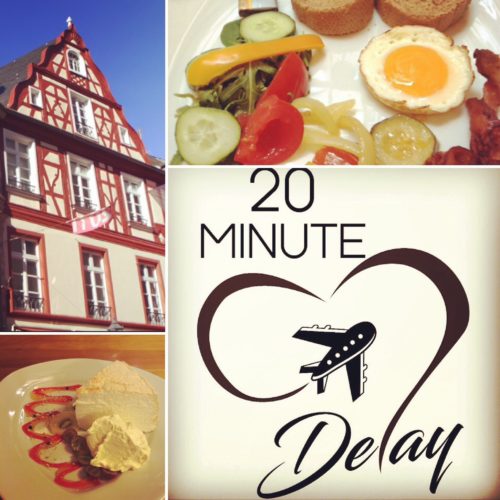